Input the cheat and you can walk through walls and all sorts of terrains. This is one of the more sought out Pokemon SORS cheats for the sake of convenience.

Input the cheat to catch the enemy trainers Pokemon. Press L and R at the same time before throwing the ball to make the cheat work. The battle will end once the Pokemon is caught. The catch rate and ball types will still apply.

Input the cheat to increase the chance of catching Pokemon.

Note: It has 100% for regular Pokemon but not for Special and Legendary Pokemon.

Input the cheat and your Pokemon can instantly knock out the enemy Pokemon with any damaging move.

Input the cheat and you wont have any Wild Pokemon encounters.

Input the cheat and you can buy all items from any Poke Mart for only 1.

Input the cheat of the specific Pokemon depending on where they are located in the party. The Pokemons stats will be maxed out.

GameShark is a classic brand for video game cheat cartridges for various console systems. The process of using them is simple.

You basically load a specific code from the GameShark cartridge to the consoles memory. After doing so, the specific cheat will apply as soon as you launch the game.

GameShark codes can also be used in emulators. Some people would apply these cheats in emulators before applying them in the actual game to test the cheats. Here are the steps on how to apply the codes to your emulator:

In order to load a new cheat, you must disable the current cheat on the cheat list first.

Unfortunately, some cheats will not work for you, specifically those with multiple liner cheat codes. You need the paid version of the app for it to work fully.

Luckily, there’s a simple solution to this problem – You only need to enter those lines of codes as a separate cheat. I created a guide explaining all the details on how to do the trick, check How To Enable Multiple-Liner Cheat Codes on My Boy Free Version or watch this Youtube video to see the tutorial in action.

Here are the steps:

The quantity of the Rare Candy might appear as 23, but in reality, the amount you can withdraw is infinite. Take as much as you want and try to beat the game with your overpowered Pokémon.

What Legendary Pokemon Can You Get In Pokemon Firered 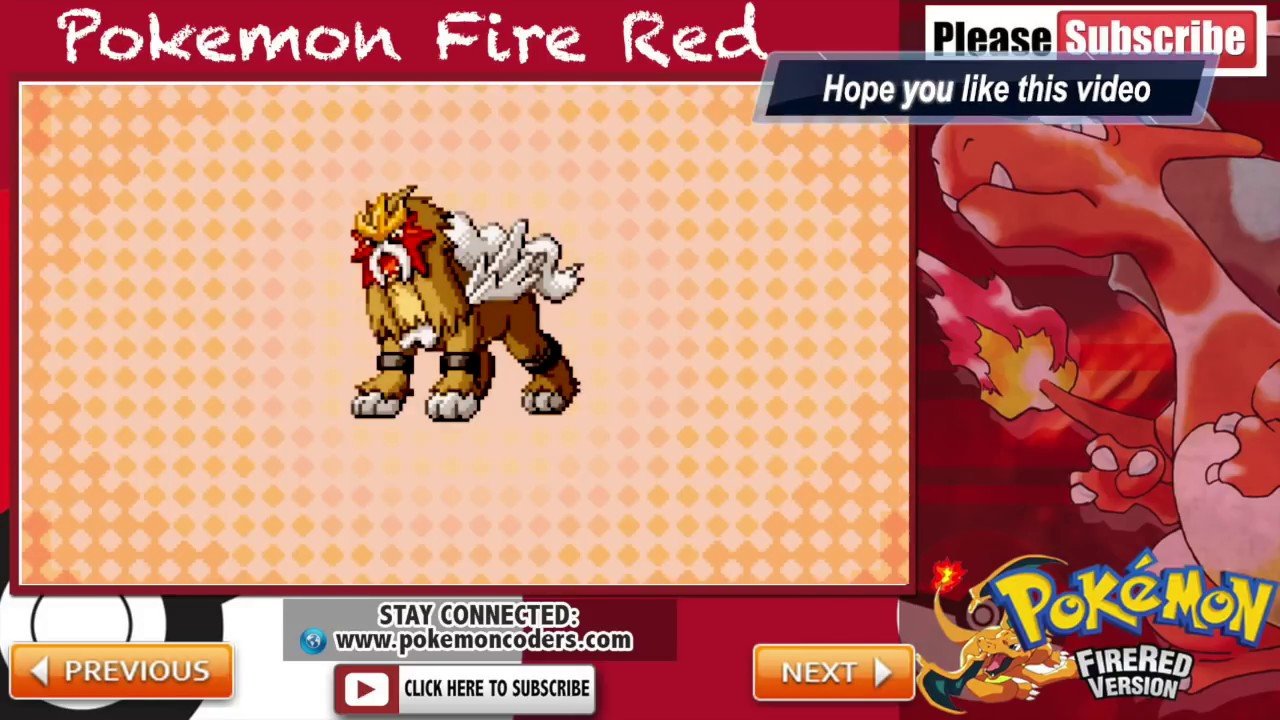 Legendary Pokemon of Pokemon FireRed. Mewtwo Mewtwo can be found deep inside the Cerulean Cave. You need to fix the Machine on One Island, obtain the National Pokedex , and defeat the Elite Four before you can find Mewtwo. It will be at Level 70. Zapdos Zapdos can be found at the end of the Power Plant.

There are two ways to get the master ball in the game. The first method is by using a Fire Red master Ball Cheat , and the second method is by finding the Master ball location .

To get unlimited master ball in Pokemon Fire Red, follow the steps below:

The cheat works even without a master code, so players can enter the code on GBA emulator such as My Boy.

Rare Candy is one of the items that speed up the evolutionary process of a Pokemon. You can only find them at some way-points. But with the help of some cheats, we help you in obtaining this item in Pokemon FireRed.

Rare Candy is one of the items that speed up the evolutionary process of a Pokemon. You can only find them at some way-points. But with the help of some cheats, we help you in obtaining this item in Pokemon FireRed.

FactThe Game Boy Advance Game Link Cable allows you to connect Pokémon FireRed to Pokémon Ruby and Sapphire, which lets you capture a total of 350 Pokémon.

Pokémon FireRed is a remake of the original Pokémon game Red and takes place in the Kanto region. The story starts the same way, as the silent protagonist meets Professor Oak who tries to catch some Pokémon he encounters in the grass. Professor Oak then sends him on a mission to record information on all Pokémon, so that he could compile a list in a high-tech gadget called the Pokédex.

5. Click OK to let the code take effect. You may have to enter and exit the building for this to take place.

Pokemon Fire Red Gameshark Codes are one of the most important Codes of Pokemon Fire Red Cheats. With them, you can complete Pokemon Fire Red journey easily by get unlimited money, master balls, rare candies and others. We have tried our best to check these Cheats and sure that they are still working. And if you are playing GBA on Emulators, thats so simple because almost emulators supports Gameshark Codes and to know how to use these codes, view this guide.

Remember to save before trying any Cheats and enjoy. Another types of Cheats are also available at the homepage.

Be sure that you emulators support Cheat Codes/Gameshark Codes. If not, you can try these best GBA/GBC emulators such as:MyBoy! on Android Phones, GBA4iOS on iOS , Visual Boy Advance for Windows, Mac, Linux Computers/Laptops and other GBA emulators here.

How To Get Unlimited Rare Candy In Pokemon Go Fire Red

How Do You Get Unlimited Rare Candies In Pokemon Firered

There are some cheats that arent included like the Complete Pokedex and Badges cheat because these are not available in the game. Be careful as well when using some cheats because they might cause the game to freeze or crash.

Dont worry as well guide you on how you can use these cheats and more when it comes to Pokemon FireRed Rocket Edition. 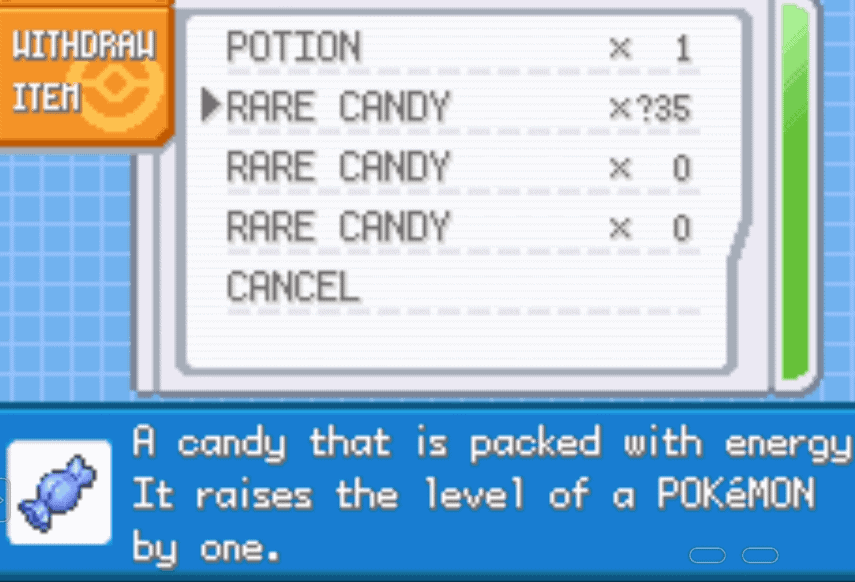 It’s possible to use GameShark and Action Replay codes with a GBA emulator. To enter cheats using the Visual Boy Advance:

What Does Rare Candy In Pokemon Red Do

The most requested cheat has finally arrived! We are very excited to announce that we already have the codes you need to modify the nature of any Pokemon you find in the wild. Pokemon nature modifier cheat is handy to raise stronger and competitive Pokemon.

To use, enter and activate the code before entering a battle. The cheat works only for wild Pokemon, and unfortunately useless when choosing a starter Pokemon.

What Are Some Cheats For Pokemon Red

What Does The Pokemon Emerald Rare Candy Cheat Code Do

Often times in Pokemon games, players will want to evolve their Pokemon in order to beat higher-level opponents. There are two ways a Pokemon can be evolved either by obtaining sufficient experience levels or by using an item called Pokemon emerald action replay code Rare Candy which instantly grants one level. The reason why it is rare is that the item is not sold by any merchant and can only be found by exploring the game world, however, there are only a few of these items that are scattered around. The Rare Candy Cheat Code can be used by players to access a Pokemon emerald infinite rare candy supply, providing the golden opportunity to quickly level up and evolve their Pokemons. Heres how you can active Pokemon Emerald rare candy in PC and Emulator:

If you have no idea how to withdraw your rare candies after activating the cheat, you must watch this Youtube video.

The cheat works best for recommended GBA emulators such as My Boy or John GBA for Android users and GBA4iOS for iOS users.

How To Use Pokemon Emerald Rare Candy Cheat Code In Game:

Before you go to enter Pokemon emerald cheats rare candy in PC, you simply insert the cheat code and apply it. Players can get a rare candy by getting the first thing they see in the game. One point of caution that you should use with any cheat in Pokemon is to avoid using them too much. Also, you should save your game and your progress before you insert any of these cheats. Also, once you have benefitted from the cheat, you shouldnt forget to deactivate the Pokemon Emerald rare candies code. 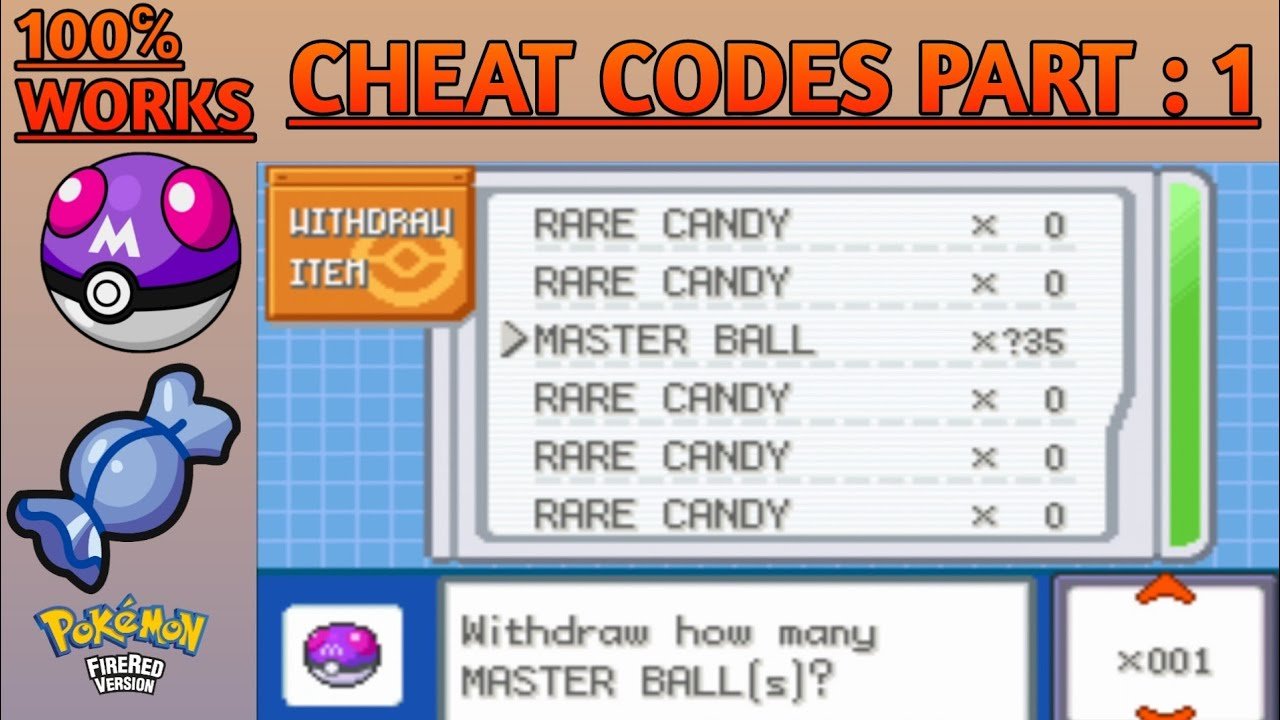 Who has never used Game Shark cheats to evolve their Pokémon in the Fire Red version ? This common practice in Game Boy Advance made life much easier for coaches. Getting your Charmander to Charizard was much faster using a few extra Rare Candies, for example.

Just remember that you need to save the game before using Game Shark if you corrupt your saved file . In addition, you need the Master Code for the other codes to work:

Read Also: How To Evolve Leafeon Sun And Moon

Use Pokmon Fire Red Cheats With The My Boy Emulator

To use GameShark/Action Replay cheats with the My Boy emulator for Android:

These Gameshark codes apply to Pokemon Fire Red versions with version 1.0. Every Pokemon game series has its cheat codes, so the cheat codes may not work for LeafGreen or Emerald.