What Beats Tyranitar In Pokemon Go

There were four cards that were specially stamped for release of Pokémon The First Movie. Each of the special release promos had a stamp that read Kids WB presents Pokémon the First Movie“. These were #2 Electabuzz, #3 Mewtwo, #4 Pikachu, and #5 Dragonite. A few of these were accidentally printed with the gold foil stamp upside down and in the opposite corner. It is estimated that only 30 of these were ever released to the public.

Sometimes you will find cards with gold foil stamps on them. These are promos that were included in magazines or special events.

Some of the more valuable gold foil promos you may wish to collect are:

Japanese Mew II Promo card. PSA 9 and 10 cards of this variety can be difficult to obtain.

The SWSH Black Star Promos are a series of promotional cards tied in with the Sword & Shield Series of cards, which started with the release of the Galar Collection, the same day as Pokémon Sword and Shield. With the introduction of this Series, the SM prefix for promotional cards was changed to SWSH.

What’s The Most Valuable Promo Card Ever Sold At Auction

One of the most valuable Pokémon promo cards ever produced was the Pikachu Illustrator promo card. This promo is the rarest with only 39 copies ever printed.

This highly sought after promo card was awarded to the winners of the Pokémon Card Game Illustration Contest held in Japan in 1997.

According to an article written by Sean Keane a staff reporter for c/net, this rare pokemon card sold for a whopping $195,000 in October of 2019. The buyer actually paid $224,500 after paying a 15% buyer’s premium to the auction house Weiss Auctions.

How To Determine The Value Of A Pokmon Card 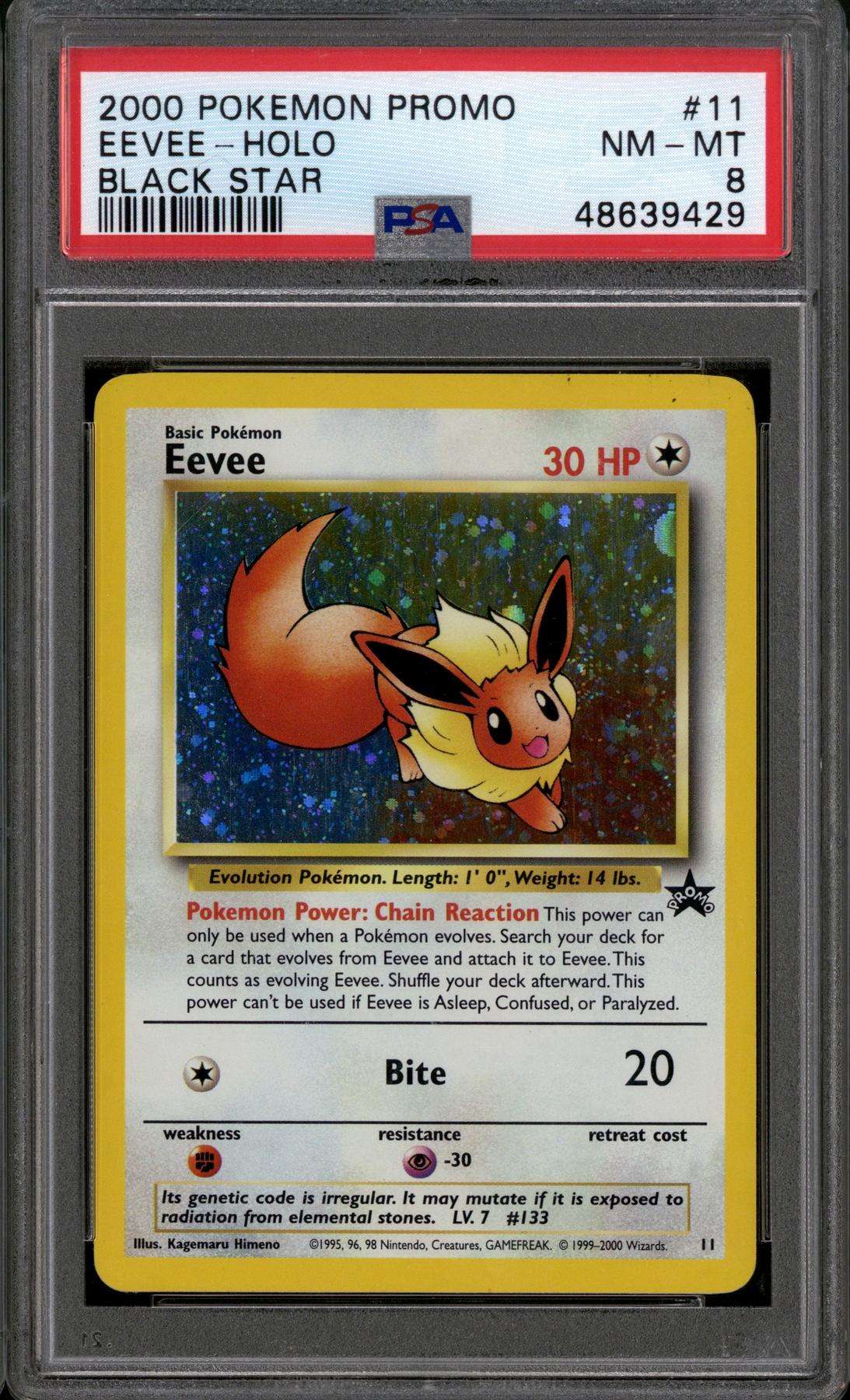 The value of any specific Pokémon card may fluctuate depending on the number of people there are that desire to obtain it. Fortunately, it’s much easier to determine the value of a collectible item than it once was thanks to the internet.

There are several places to do research to find out the value of a Pokémon card:

The condition of a Pokémon card has a huge impact on the cards’ value.

Having your Pokémon card professionally graded helps others know the true condition of a Pokémon Card.

The two companies, most recognized that grade Pokémon cards are PSA & Beckett.

What Pokmon Black Star Promo Cards Are Worth The Most

These classic Pokémon TCG cards were promotional items given out at Pokémon Centers and misprinted in booster packs. What are they worth today?

During the peak of the Pokémon TCG‘s popularity in the early 2000s, Wizards of the Coast published some special Black Star promotional cards that were given out during events. These cards represented everything from trainer cards to classic Pokémon and showed up in issues of Nintendo Power as well as at screenings of Pokémon: The First Movie. Due to their low supply, some of these Black Star promo cards have risen in price dramatically and go for hundreds of dollars on secondhand markets.

As their name implies, these Pokémon cards all have a black star in one of their corners, denoting that they were not given out in booster packs. Each one has a different price based on where they were given out and how many were in circulation, meaning that some are less expensive than others. In addition, many of these are hard to find and some were given out not during Pokémon leagues, but during one-time-only events like store openings and movie premieres. For new collectors looking for the rarest Pokémon trading cards, some of these cards will be hard to find and even harder to purchase.

What Makes A Collectable Valuable

The value of collectible items depending on how many of the items there are and the number of people that desire to acquire it.

Items that are too rare may not have enough people that desire it to create a competitive market and the item may not be as valuable as it may have been in the past.

The honor of most sought-after character goes to the First Edition printings of Pikachu. Listed on TCGPlayer from one supplier in moderately played condition, the card is going for $467, but this isnt a completely accurate representation of its market value. The Birthday Pikachu card banned from Pokémon Tournaments is rare, but this version is more so – professionally graded versions of this card in perfect condition often sell on eBay for upwards of $500.

In addition to having black stars next to their type lines, the first edition printings also had a logo across from it denoting their importance and rarity. The English version of the fan-dubbed Ivy Pikachu was actually released in booster packs and for a long time was thought to be a misprint due to its promotional nature. However, these turned out to be intentional and actually a rare version of the Pokémon card specifically printed for North America to give that market some copies of the Japanese-only promo at the time. The Holofoil leaves in the background, in conjunction with the strange nature of its release, make it a valuable collector’s item.

Throughout their occupation of the Pokémon Trading Card Game, Wizards of the Coast produced many exclusive cards for promotional events such as tournaments, special events or through Pokémon-related merchandise. These all had a black star with the word “PROMO” written across it where the expansion symbol would normally occur, giving them their name as Black Star Promos.

High valued cards often get counterfeits made. Watch out for ones that don’t have the plastic center, faded or smudged graphics, or show other signs of being a counterfeit.

If you are unsure, it may help to compare the card to another. Don’t forget to check the back, often there are slight differences in color or position of the graphics. There are also some that are produced by others as pranks or April Fools jokes. These could be a great collection themselves.

Recommended Reading: How To Evolve Scyther In Pokemon Go

How To Delete Eggs In Pokemon Go