In addition, Niantic has announced the following features and bonuses:

Trending now:How to get Meltan Mystery Box In Pokemon Go without Nintendo Switch

Taking a more thorough look at Serperiors PvP prowess, we find it to be a very consistent Pokemon providing consistent damage and rely less on baiting shields than other Pokemon. Now, coming to the Leagues, it becomes quite obvious that Serperior is made for Great and Ultra League only. This is because of its low CP cap which barely crosses the 2500 mark at Level 50.

In Great League, Serperior actually performs pretty good by putting up a META defying performance, by taking on the likes Galarian Stunfisk, Azumarill, Deoxys and Swampert! While, Serperior is decent enough in Ultra League, its more like a makeshift Grass Type Attacker. Even though Serperior puts up a good fight in the Ultra League against Swampert, Cresselia and Poliwrath, its average stats just keeps dragging it down.

What Worked For This Pokmon Go Event: 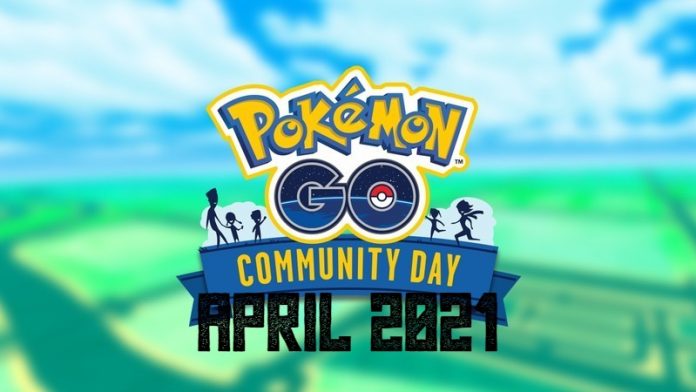 Players will get upto 3x extra Stardust per catch. This is viable for those who want to give their Serperior an extra move . This bonus is available for catching any Pokemon during the community day, and not exclusively Snivy. Therefore, it is an excellent opportunity to stock up some Stardust. Also, any incense used duration during the Community Day will last up to 3 hours.

You May Like: Best Pokemon Let\’s Go Eevee Team

Update: Trainers, he featured Pokemon for this Aprils Community Day will be Snivy.

Previous story: The fourth Community Day event is a few weeks away, and we are ready to make guesses on which Pokemon will visit us in April 2021.

We assume that one of the following Pokemon might be the next Community Day Pokemon:

Also Check: How To Get Type Null In Pokemon Shield

The featured Pokémon for this Aprils Community Day will be Snivy, the Grass Snake Pokémon!

Please be aware of your surroundings and follow guidelines from local health authorities when playing Pokémon GO. Upcoming events are subject to change. Be sure to follow us on social media, opt in to receiving push notifications, and subscribe to our emails to stay updated. For the latest on in-game events and feature updates, be sure to check this help center article.

A few other bonuses will be active during April’s Community Day. First, you’ll earn triple the normal amount of Stardust each time you capture a Pokemon during the event. On top of that, any Incense that you use will remain active for three hours rather than the standard 60 minutes. Finally, a special Community Day item bundle will be on sale in Pokemon Go’s in-game shop. The bundle costs 1,280 PokeCoins and includes the following:

The featured Community Day Bundle will be a one-time purchase, costing 1280 PokeCoins and containing 1 Elite Charge;TM, 50 Ultra Balls, 5 Lucky Eggs, and a Poffin. It’s quite possibly the worst 1280 box ever offered.

Community Day Bundle boxes are limit 1 per account per month and alternate between Fast and Charge TMs. Elite TMs are priceless items and can save a ton of dust powering up a new Pokemon when an exclusive move is released.

Most;exclusive moves are Charge moves, so boxes featuring Elite Charge TMs are a better buy. The value lies mostly in how you value an Elite TM, whichis generally considered a good buy.

Youll want to make room in your Pokemon Storage if you havent already. Delete room for Weedle so you can IV check them after. Clear 100 slots for your banked encounters and clean even more space for wild encounters. Youll want as much room as possible going into CD and youll want to make sure you spend as little time switching menus as possible so that you can catch anything that pops up. Even common spawns during this even grant as much dust as youd normally receive for a Stage 1 Pokemon on a Star Piece.

1st and 7th Day Streak Catch bonuses are added onto dust value based on evolution stage.

*It is unconfirmed that streak bonuses, increased due to COVID lockdowns, are additionally increased for triple dust events.

Because this bonus can be quite large and you’ll likely be using a Star Piece to make it even larger, it can be beneficial to avoid catching Pokemon after midnight on the day of Community Day.

You can view your current streak progress at the bottom of the Today view.

Aside from the abundance of Shiny Pokemon, the other benefit of Pokemon GO Community Days is the ability for Pokemon to learn a special move.

This time out, any Servine that is evolved will net the owner a Serperior that knows Frenzy Plant.

Frenzy Plant is a killer move and anybody who has played the Pokemon GO PVP modes will likely have faced it on more than one occasion.

During the event, as always, Incense will last for three hours. On top of this, players will earn 3x Catch Stardust for the duration of the event.

As usual, Niantic is also offering a Special Research story and a special item box.

The Special Research story this time out is called Snivy in the Sunshine and will offer players the opportunity to earn a range of rewards. The Research will be available for 0.99 USD .

You can find all the research in the image below: 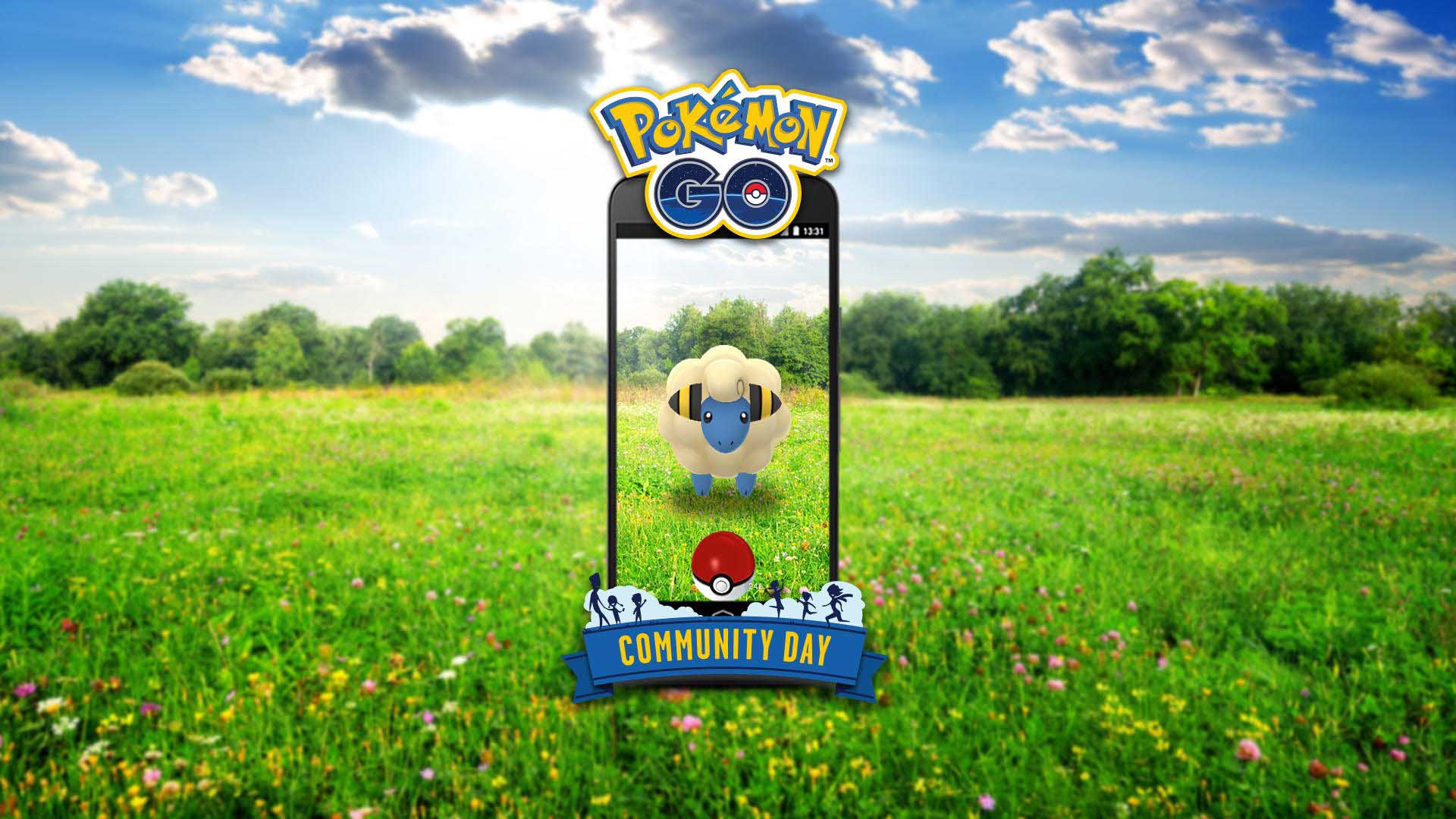 Due to the COVID-19 pandemic, since April 2020, the event has been named Community Day: Play at Home Edition featuring new bonuses, Special researches, event duration and time. For further details check each event individual page.

Before getting to the core of Community Day, it’s notable that it’s both patterned and sometimes unpredictable. Once upon a time, every other Pokemon GO Community Day featured a starter Pokemon, while Niantic has introduced new elements a few times, including voting. The ability to vote on Community Day has been really popular, and it’s something that should be done more than the 3 times it has thus far. Either way, the standard formula even during the Pandemic hasn’t really innovated as much as its relied on past successes.

That’s not to say Community Day is in any danger; as long as Pokemon GO remains popular, so too will the event. However, Niantic would do well to introduce new features for Community Days. It could be something more consistent like voting or something tailored specifically to the catchable Pokemon, but it would be nice to see this event less as a list of Pokemon and more of big events. Niantic already include research tasks and the like, but maybe, for example, spawn rates can be adjusted to make this less of a day for a specific Pokemon, but a themed event every month with one Pokemon leading the charge. Either way, April is actually the perfect month for this.

Where applicable, this section will be updated to include new information as our friendly NZ beta testers experience CD before anyone else in the world. On Community Days with new, unpredictable features,;the only way to know for sure how theyll function is having others experience it first. Check back here before CD to see if theres any last-minute tips you need to know!

Playing in NZ? Thanks! We monitor reports on The Silph Road carefully, though you can also submit reports here on GamePress or directly toAdditionally, it is even more recommended you have a stable internet connection and consider doing a test evolve, as Niantic acknowledges server issues can and do happen during CD, yet refuses to compensate/correct this known issue.

The snake type Pokemon, who evolves into Servine and Serperior, will be following up the focused on Fletchling.

As we enter spring, it’s only fitting that the grass-type Pokemon steals the spotlight!

As most Community Days go, players can buy tickets for special tasks, get a host of bonuses and rewards and potentially encounter a Shiny Snivy!

Here are the details for the Snivy Community Day in Pokemon GO.

Snivy will be the star for April 2021’s;Pokémon GO;Community Day,;and – as always – there will be;other bonuses players can enjoy for the day. , the Tiny Robin Pokémon, which evolves into Fletchinder and Talonflame. Players that caught the Normal/Flying-type on March 6 could catch a possible shiny and, if evolved into Talonflame, could learn Incinerate.

In addition to the shiny Fletchling, players were encouraged to take snapshots, which gives a chance to encounter special Pokémon, a special Community Day Box, and a special research story, The Bravest Bird. Pokémon GO has continued to add new and varied content for its players to engage in since its launch in 2016. Now, players can battle other trainers, engage in storyline events, Mega Evolve certain Pokémon, and more.

Attention, Trainers! Were excited to announce that Aprils #PokemonGOCommunityDay will feature Snivy, the Grass Snake Pokémon!

Recommended Reading: How To Evolve Onix To Steelix

Every featured Pokémon during a Community Day weekend will offer an exclusive move when evolved to its final evolution.

Not only are these exclusive to these weekends, but they are more often than not the best move their third evolution can offer, and can propel them up the meta.

You have two hours after the Community Day ends to evolve the Pokémon to get their move, so don’t worry about having to sort through your collection during the six hour window.

If you miss out on evolving the Pokémon once Community Day weekend is over to get the exclusive move, don’t panic – you can use an Elite TM, or wait until December, where a special weekend will give you another chance to catch and evolve that previous year’s Community Day Pokémon.

Each month, the Community Day event celebrates a particular Pokémon in Pokémon Go. Theres a six-hour event where the Pokémon spawns throughout the world, and players can easily catch it with an increased chance of it being a shiny version. If players evolve it into its final form, the Pokémon learns an exclusive move it otherwise could not. These moves are typically better than the original moveset it could acquire, giving it more variety for battling in raids and against other players.

This is what we know about the Pokémon Go Community Day for June 2021. Gibble has been confirmed to be June 2021s Community Day Pokémon. Niantic made the announcement several weeks before the official release.

Here’s what we know and what we can guess will be coming to POGO in April.

March has almost certainly been one of the most stacked months since Pokemon GO launched five years ago.

The Season of Legends kicked off, and with it, a whole bunch of new events and more.

We had the Searching for Legends, Charge Up and Weather Week events to name a few and thats not even including all the raid boss shake-ups and more. The sheer abundance of activities has left fans wondering what events are coming to Pokemon GO in April 2021.

Here is everything we know so far.

Get ready for more legendary appearances during the Season of Legends! 🤩

Rayquaza, the Sky High Pokémon, will be appearing in raids during the Weather Week event! https://t.co/MTuhJ4X3Ml pic.twitter.com/qtgD2uT2Uu