Prices are updated daily based upon Pokemon Team Rocket listings that sold on eBay and our marketplace. Read our methodology.

Team Rocket Pokemon will come from the packs shown above. As seen above, each Pokemon Team Rocket pack will either have one of a few artworks on it.

But what is Pokemon Team Rocket? Team Rocket is the fifth set for Pokemon to release in North America on . This set touched the hearts of many children and adults around the world. Today they can be very valuable depending on both condition and edition.

In this fully extensive guide, we wrote on Team Rocket Pokemon, we go over every single Pokemon card ever printed. Right below are pictures of different Rarities printed for Team Rocket. Simply click on the picture or denomination to learn more about the value of a specific type of Pokemon.

This is a list of Pokémon Trading Card Game sets which is a collectible card game first released in Japan in 1996. As of September 2017, there were 74 card sets released in America and 68 in Japan. Collectively, there are 6,959 cards in the Japanese sets and 9,110 cards in the English sets. The large difference stems from non-holofoil duplicates of rare cards included in English sets that are not printed in Japanese sets. As of March 2017, 23.6 billion cards had been shipped worldwide.

The sets are generally broken into two lists: one for the first line of Wizards of the Coast cards and the second after Nintendo‘s acquisition of the card game after Wizards.

When the Heartgold and Soulsilver Pokémon trading card lineup was released in Japan, it was done differently from in America. It also had an abnormally long waiting period in between the first and second sets.

Heartgold and Soulsilver Collection is the first Japanese set based on the Heartgold and Soulsilver games. It has 140 cards in total, including the following special cards: Alph Lithograph, Ursaring Prime, Crobat Prime, Typhlosion Prime, Meganium Prime, Blissey Prime, Donphan Prime, Ampharos Prime, Feraligatr Prime, Lugia LEGEND, and Ho-Oh LEGEND. Starting from this set, the Trainer cards in Japan have been renamed Goods cards. It has been renamed in America as HeartGold SoulSilver, or HS.

The Heartgold and Soulsilver special decks were released in between the releases of the first and second Heartgold and Soulsilver sets. Expert Deck: Leafeon vs. Metagross is a set of two 60-card decks with a CD for online play. In addition to being more powerful than most theme decks, the Leafeon and Metagross decks have special cards that weren’t released in any other Japanese sets. There are also Battle Starter decks, which were released with special cards only available to their specific deck. The decks are named Offense , Defense , Speed , and Skill . 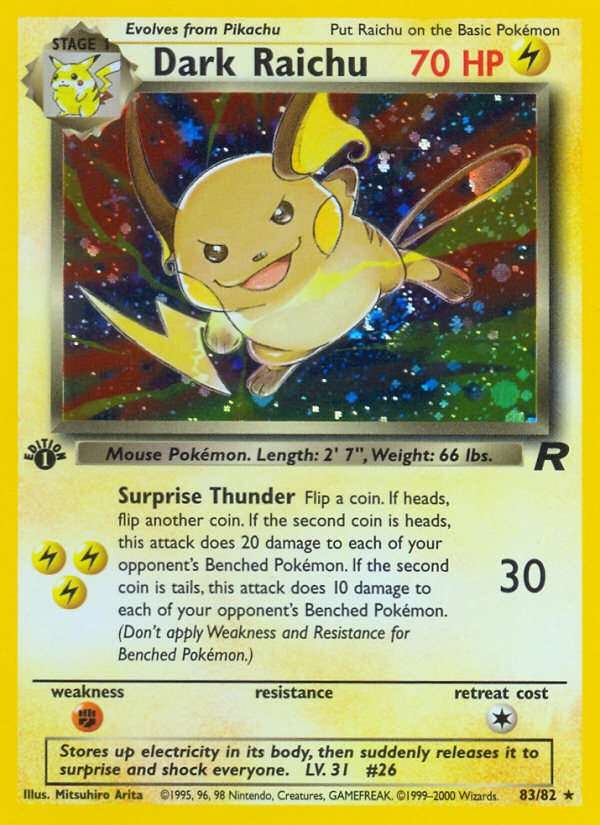 Devastation and Trouble are two Team Rockettheme decks. Both 60-card pre-constructed decks come packaged with a holographic Meowth coin, a Team Rocket card checklist, a Pokémon TCG rule book, and several cardboard damage counters. They were originally released in stores with Team Rocket on April 24th, 2000 for $9.99 each, but are now long out of print.

The names of the theme decks originate directly from Team Rockets motto from the show, specifically Jessies lines: Prepare for trouble To protect the world from devastation Additionally, the holographic cards featured in both decks were Jessie and James main Pokemon in the show when the decks came out in 2000, being Arbok and Weezing.

Complete list of cards in the Pokemon EX Team Rocket Returns set. Click on the cards to see how much theyre worth.

The EX Team Rocket Returns set was released in November 2004 and contains 111 cards 109 in the base set, plus 2 secret rare card cards.

The following table is a complete list of cards in the Pokemon Team Rocket Returns set. Click on the cards to see what theyre worth.

Weve paid $50 for a Dark Charizard in poor condition, and the same card in pristine condition weve paid over $750 for. The same Pokemon! Condition is key when determining the value of Pokemon cards.

You May Like: How To Use A Pokemon Randomizer

Dark Alakazam is one of the cheapest Holo Rares in the entire Team Rocketset, but still has a fair bit of value. A near mint “Dark Alakazam” has a good bit of value, going for around $30. However, a mint condition one can go for a little over $100. A card’s power also plays into how valuable it is on the secondary market.

Since “Dark Alakazam” is far from the greatest card in the set, its value is hurt. Its price is solely carried by its rarity, as the non-holo “Dark Alakazam” can sell as low as $2, and rarely higher than $5.

What is Pokemon rarity? The rarity of a Pokemon means exactly what it sounds like, how rare is the card? The better the rarity, the less were printed and the more valuable they almost always are. The rarity is located at the bottom right corner of the card, next to the card number.

Here is a list of all potential rarities you can find in a pack of Team Rocket Pokemon cards:

Common cards will have a black circle.

Uncommon cards will have a black diamond.

Rare cards will have a black star.

Base Set Machamp may not be worth too much due to it being bundled with one of the series’ very first starter sets, but the same can’t be said of its dark counterpart. A good condition Dark Machamp is worth in excess of $20, although a PSA graded copy can sell for more than ten times that amount. It’s got some nice artwork too, and its Fling attack definitely has its uses .

The value of Pokemon Team Rocket relies heavily on a few factors that well go over in this guide. Its important to know Team Rocket was the second set ever printed for North America. If you have genuine, non-re-sealed, Pokemon Fossil Set booster packs or boxes, you have something that can be very valuable! Please keep in mind, we buy all Pokemon from Fossil Set, individual cards, packs, and boxes.

If you arent interested in learning about Pokemon Team Rocket and simply want to know how much your Pokemon card is worth, send us a clear image of your card, front and back, and well respond with our best offer within 24 hours.

The first factor when figuring out the value of Pokemon Team Rocket is supply and demand. Like most things, there needs to be a demand for a Pokemon in order for the bill to fetch a premium. With Pokemon Team Rocket, typically speaking, Pokemon with fewer cards printed are more desirable and sought after . There are examples of old Japanese and other language Pokemon cards that have low supply and low demand, but well save that discussion for another time. 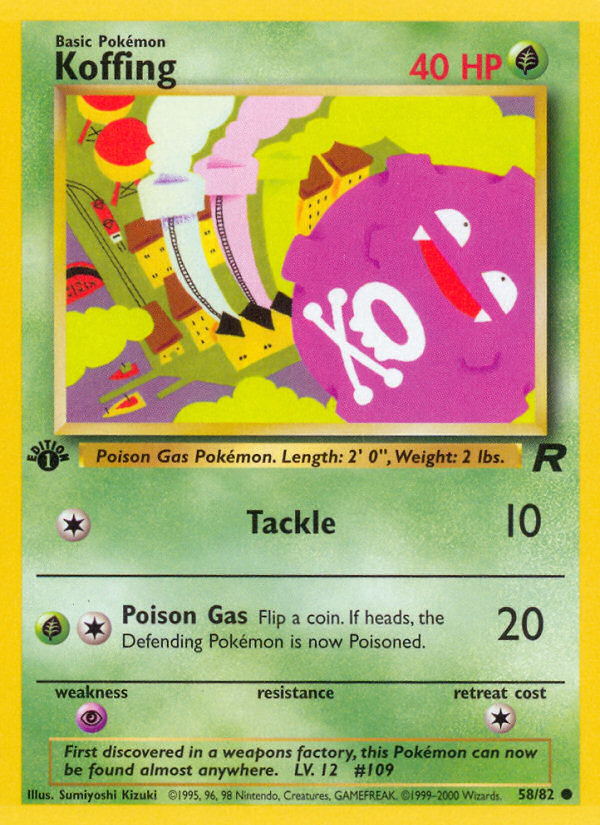 Dark Gyarados might just be the coolest-looking card in the Team Rocket set, and it’s up there with the best when it comes to value too. Its average price is $30, but good condition copies regularly sell for more than $150. Given the power and popularity of the Pokemon, it’s perhaps a little surprising that it’s only the seventh most valuable card in the set, especially when its devastating Final Beam power is taken into account.