tani Ikue voices Pikachu when someone other than Tim hears it.

Justice Smith as Tim Goodman, a young man looking for his missing father. He is Detective Pikachu’s companion, and the only person who can understand Pikachu.

Max Fincham as a 12-year-old Tim

Bill Nighy as Howard Clifford, who has a bad vision of the city of Rhume and the founder of the business Clifford Enterprises.

Chris Geere as Roger Clifford, the son of Howard and the director of the business Clifford Enterprises.

Kathryn Newton as Lucy Stevens, a reporter who often carries a Psyduck with him.

Ken Watanabe as Lt. Yoshida, a police lieutenant from Ryme City and a friend of Harry Goodman.

Karan Soni as Jack, a friend of Tim and also a Pokemon trainer.

Omar Chaparro as Sebastian, a Pokemon trainer who built an arena for Pokemon and often accompanied Charizard.

Rita Ora as Ann Laurent, a PhD working in Clifford Enterprises and the Mewtwo experiment.

Josette Simon as “Grams”, Tim’s grandmother, used to take care of him after his mother died.

A 21-year-old Tim Goodman is an insurance salesman in the Pokemon Universe, due to death of his mother and absence of his father Harry he has given up Pokemon training. After his fathers death, he travels to Ryme city to collect his fathers assets, His father died in a car accident. In Ryme city he finds that Pokemon and human are living together and treated equally. When he reached his fathers apartment he finds a Deerstalker clad Pikachu who can speak and only Tim can understand what he speaks. Both of them escaped from there after the attack by a party of Aipom.

Pikachu reveals to Tim that he is an amnesiac detective and worked as a police partner to harry and both of them investigating a case when suddenly Harry goes missing. They started looking for Lucy Stevens who is an aspiring reporter and they suspect her for Harrys death. Lucy leads Pikachu and Tim to Mr. Mime and after interrogating him, he directs them to the illegal Pokemon fighting arena which is owned by Sebastian. Sebastians Charizard was defeated by Pikachu earlier and he demands a rematch between them. In the match, Sebastian gives R gas dosage to his Charizard but accidentally it spread in the stadium which creates havoc then later Sabastian reveals to Tim that he got this R gas from The Doctor.

Pikachu Got The Evidence 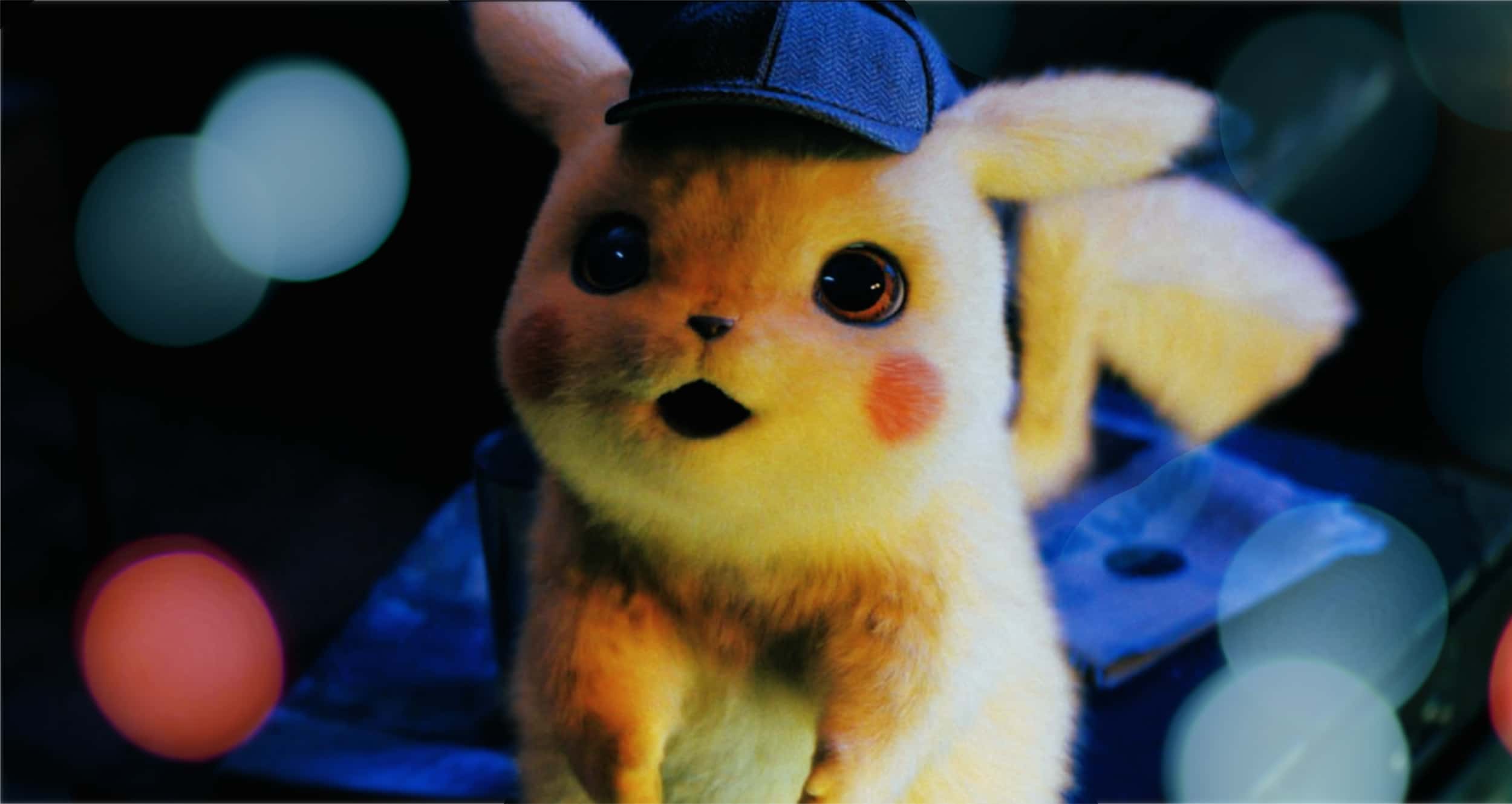 Pokémon: Detective Pikachu is a 2019 mystical fantasy film directed by Rob Letterman and screenwriter alongside Benji Samit, Dan Hernandez and Derek Connolly, adapted from the game of the same name. The film is co-produced by the United States and Japan with producers Legendary Pictures and The Pokémon Company, by Toho and Warner Bros. Pictures released. This is the first live-action movie in the Pokémon franchise. Ryan Reynolds voiced the character of the same detective film Pikachu, along with Justice Smith, Kathryn Newton, and Ken Watanabe in the character roles.

The film debuted in RealD 3D on May 10, 2019, making it the first Pokémon movie to receive a theatrical release in the United States, and for the first time being distributed by Warner Bros. Pictures since Pokémon 3: The Movie in 2001. and with a PG rating from the MPAA, this is also the first Pokémon movie released in the United States to not receive the group’s G rating. Detective Pikachu has received mixed reviews from critics, who praised Reynolds’s creature designs and performance, but criticized the plot as the standard. The film is the best-rated live action film of a video game on Rotten Tomatoes. It also received positive feedback from audiences polled by CinemaScore and PostTrak

Parents need to know that Pokémon Detective Pikachu is a mystery adventure set in a fictional city in which humans and Pokémon co-exist. Starring Ryan Reynolds as the voice of a Pikachu who can speak to only one human, Tim , the story explores how the two team up to investigate the supposedly accidental death of Tim’s detective father. There’s definitely some violence: Pokémon battle both each other and humans, and there’s destruction and injuries, but nothing gets bloody or graphic. Main characters are frequently in peril, but — despite some close calls — no one dies. Language is limited to “hell,” “stupid,” and “good God,” and there’s nothing more risque than flirting and a couple of double-meaning jokes . The story promotes teamwork, courage, and friendship and shows how even the seemingly inexperienced can make a difference.

The opening of the film takes place in a Pokemon lab where Mewtwo is kept – an artificial Pokemon with DNA from a legendary Pokemon Mew. In an unexplained incident, Mewtwo managed to free himself and with his tremendous power destroyed the research facility, at the same time escaped and chased after a car of Harry Goodman that had just left. After an attack, the car exploded and was thrown off the bridge.

Shortly thereafter, the couple was arrested by the police and confronted Hideo Yoshida. He confirmed once again to Tim that no one survived the accident and advised him to give up the idea of looking for his father.

Tim and Pika were then taken to see Howard Clifford and his female bodyguard Ms. Norman. Using extremely modern 3D rendering technology, he showed Tim the real job his father was doing and he did not die right after the accident, but in fact the car was attacked by Mewtwo and he was It captures, while also revealing that Pikachu’s amnesia is also taken by Mewtwo. Howard also warns the group of his son – Roger, who hates Pokemon, vows to take control of the company and the city of Ryme.

Tim then reunites with Lucy and her pokemon Psyduck, and the quartet decide to go on an expedition to the research facility where Harry used to work. They discovered that the “Doctor” who sold the R purple potion to Sebastian named Ann Laurent, a scientist assisted by Harry, was currently doing research on Mewtwo that had just been captured after 20 years in hiding.

Merchandise And Other Tie

On March 15, 2019, it was revealed that Legendary will release a graphic novel based on the film.Niantic Labs promoted the film through the Pokémon Go app, by featuring, among other things, select Pokémon from the movie appear in the game, including a limited edition “detective” version of Pikachu. The Pokémon Company released a series of trading cards featuring images from the film, including a limited edition Detective Pikachu card only available the first weekend of the film’s release. Along with TCG booster pack sets, they produced a limited edition Detective Pikachu Cafe Figure Collection bundle. A set of 6 Detective Pikachu toys were also sold at Burger King. Wicked Cool Toys, the current toy partner for the franchise, released figures and plush toys for retail as well.

Initially, Universal Pictures was due to handle distribution outside Japan, while Toho would handle the Japanese distribution. On July 25, 2018, Warner Bros. announced they had taken over worldwide distribution duties from Universal, with the release date unchanged. Warner Bros. also got the film rights for the Pokémon franchise for 30 years. The film received a PG rating from the MPAA, it is the first Pokémon film released in the United States not to receive a G rating. 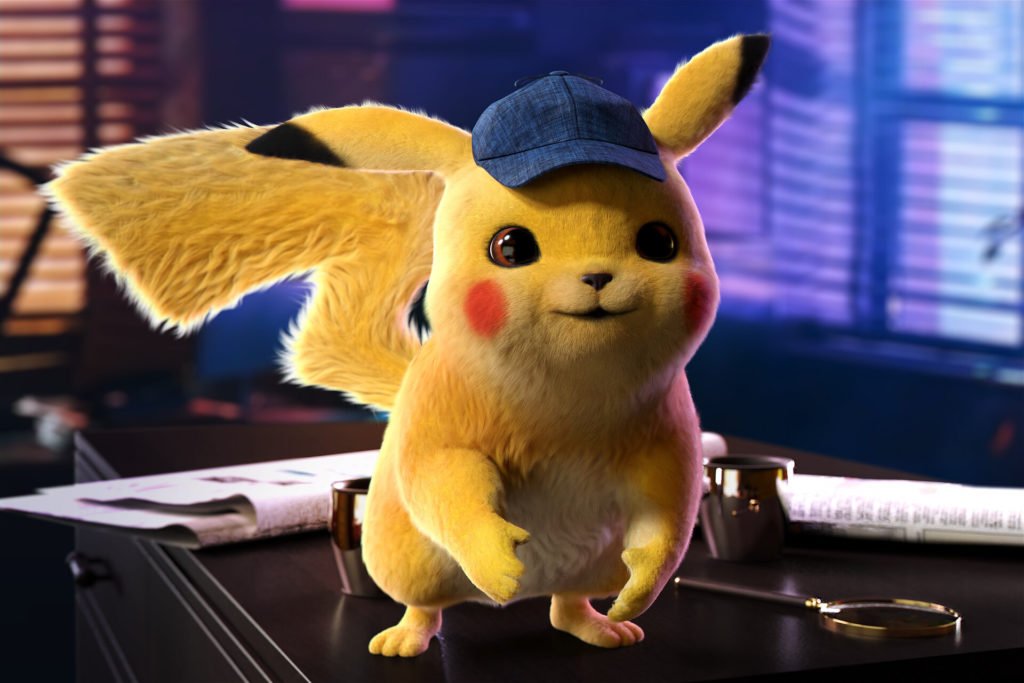 Reynolds’ performance as the overly caffeinated Pikachu makes this family-friendly mystery fun for more than die-hard Pokémon fans, but it’s best for those who’ve always wanted to catch ’em all. The “adorkable” Smith and Reynolds’ hilariously sarcastic Pikachu have a charming, banter-filled chemistry. While the trailer gives away some of the funniest bits , there’s plenty for Pokémon lovers to enjoy, particularly moviegoers who know what the various Pokémons’ powers are and can understand the subtext of Lucy’s Psyduck needing to be kept calm — or why the Mewtwo is such a legendary and powerful creature. There’s even a laugh-out-loud moment when a character sings an angsty rendition of the Pokémon theme song.

While the movie has the most to offer those who are well-versed in the Pokémon universe, it’s completely possible for those who don’t know their Pikachu from their Pokédex to enjoy, too. There’s something irresistibly trippy about seeing all of the computer-generated Pokémon interact with live-action humans, and also with one another. The underground battle featuring an overly dosed Charizard and an overly confident Pikachu is well done, while subsequent action sequences are even more perilous. Despite the number of life-or-death situations, younger viewers should take heart that their favorites will survive “arm in arm win the fight” .