There’s a lot of reasons why people just simply love Pokemon Sun and Moon. From the storyline it offers down to the in-game mechanics, these are all interesting features to experience. Among these is the Z Crystals, a new mechanic Nintendo introduced to the 7th Generation. Before we go to the brass tacks, let’s discuss a couple of details first.

What Are Z Crystals In Pokemon Sun And Moon?

In a sense, this is the counterpart of Mega Evolutions found in Pokemon X and Y. These are basically crystals that players can use to unlock a Pokemon’s special Z Move. And take note: the latter is considered as the most powerful moves a creature can do in the games.

It’s worth noting, though, that Pokemon Sun and Moon players can only perform one single Z Move in every battle. Hence it’s best to choose the most apt Pokemon and/or Crystal. This is also why players, in one way or another, need to somehow strategize their battle attacks.

The Two Kinds Of Z Crystals In Pokemon Sun And Moon

Apparently, there are two kinds of Z Crystals in either of the games. One is specifically there for every elemental type Pokemon. This allows players to replace a certain move of that creature with its corresponding Z Move. The other one is only meant for very specific monsters. And with that, it can only replace a specific individual move.

List Of Z Crystal Locations In Pokemon Sun And Moon

Poisonium Z Given by Plumeria on Poni Island after she asks you to help save Guzma from Necrozma.

Dragonium Z Obtained by successfully passing the Dragon Trial at the cave connecting to the Altar of Sunne/Moone on Poni Island.

Flynium Z Found on a Z-Crystal Pedestal at the Farthest Hallow of Ten Carat Hill on Melemele Island.

Effects Of Other Moves On Z

Protection moves cannot fully protect against damaging Z-Moves. Instead, they will deal 25% of the original damage. Status Z-Moves can be blocked by protection moves, but will apply their Z-Power effect regardless.

Z-Moves may be used without regard to the effects of Taunt, Torment, Disable, Encore, Imprison, and Heal Block. However, the Pokémon never has an opportunity to select a Z-Move if it is forced to use Struggle . Even if the target of Z-Heal Pulse or Z-Floral Healing is affected by Heal Block, that Pokémons HP will still be restored.

Z-Moves are affected normally by Powder and weather. Weather-changing moves turned into Z-Moves will fail as usual during heavy rain, extremely harsh sunlight, and a mysterious air current, but will apply their Z-Power effects regardless.

The types of damaging Z-Moves are unaffected by type-modifying Abilities . However, their types are affected by Ion Deluge and Electrify.

Despite only being able to be used once per battle, Z-Moves can be disable by Cursed Body. If this occurs, the move that was upgraded into a Z-Move is unaffected.

Pokmon Sun And Moon: Where To Find All The Z

Here’s how to find all the Z-Crystals in Pokémon Sun and Moon.

Z-Moves and Z-Crystals are new features to Pokémon Sun and Moon that add a bit of spice to battling. Z-Moves are essentially super moves you can use them once per battle to really mess up your opponent. On the flipside, many of them can use Z-Moves against you. This Pokemon Sun and Moon guide will tell you how to find all the Z-Crystals.

Where To Find All Pokemon 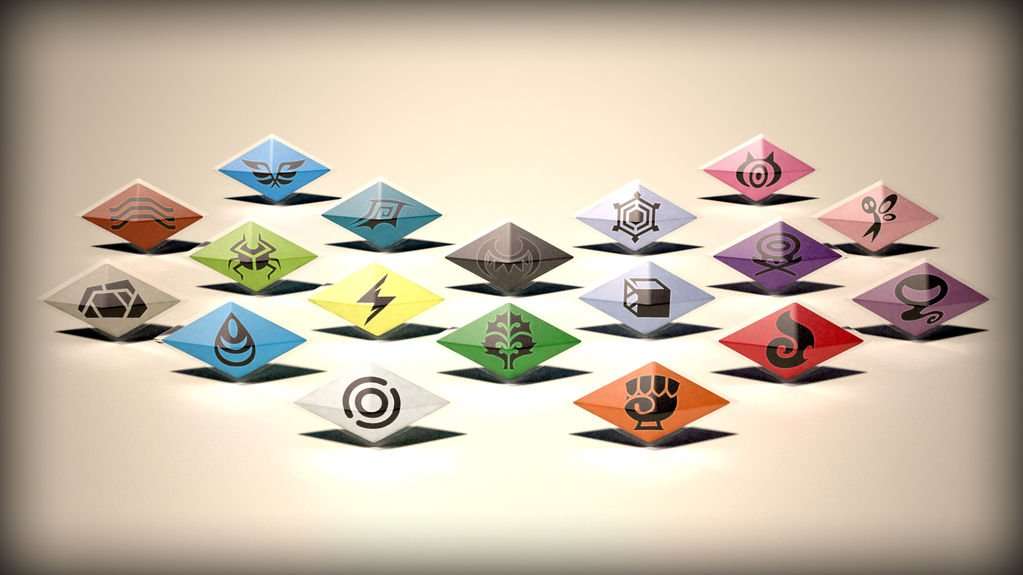 When Does A Special Move Become A Z

The Z-Crystals in Pokémon Sun and Moon do more than make a fifth move available to a Pokémon holding one. They can enhance and power up the effects of some moves that are already in the Pokémons arsenal, giving it an important extra edge in battle.

A Pokémons special move can become a Z-move by giving it a Z-crystal corresponding to the type of move it has. The Z-crystal that a Pokémon holds activates a fixed effect in addition to the regular effect that a special move has.

The following tables list the effects that Z-power has on different Pokémon moves.

What Does Each Z

Here’s a list of known Z-Moves so far, and what each move does:

You May Like: Where Can I Find A Dusk Stone In Pokemon Y

What Do I Need To Perform A Z

To pull off Z-Moves, you need a Z-Ring. You receive this as you play through Pokémon Sun and Moon‘s story, so you can’t miss it. You also need Z-Crystals, which you pick up as you work through the game’s story.

There are 18 general Z-Crystals that correspond with the 18 Pokémon types in the series . Any Pokémon can use the Z-Moves that these crystals unlock, provided they know at least one attack that matches up with the Z-Crystal’s elemental type.

Here’s everything you need to know about Z-Moves and Z-Crystals in Pokémon Sun and Moon.

Z-Moves are a new element that adds a bit of spice to Pokémon Sun and Moon‘s battles. Z-Moves are special attacks and abilities that can be performed once in a battle with the aid of Z-Crystals. This Pokemon Sun and Moon guide to Z-Moves and Z-Crystals will tell you all you need to know.

If you need help understanding what Z-Moves and Z-Crystals are all about, we’re here to help. You can also check out our Pokémon Sun and Moon guide for everything you need to know about this awesome Alolan adventure.

This Pokemon Ultra Sun and Moon Z-Crystals guide will discuss all the locations of each crystal, so that you can start to unlock the Z-Moves for your Pokemon.

Z-Crystals are an important part of the game, and will help you to teach your Pokemon Z-Moves which can prove to be deadly in battle. Some of the Z Crystals you can find in the game are Ice Z Crystal, Eevee Z Crystal, Decidium Z Crystal and more.

For more help on Pokemon Ultra Sun and Ultra Moon, you can check out our New Items Guide, Roto Loto Guide, and Rare Candy Guide.

Pokmon Sun And Moon: All Z

One of the most prominent features advertised with this new iteration of Pokemon games has been the inclusion of Z-Moves. But what you may not know is how to use them.

For a Pokemon to be able to use its Z-Move, players need to be in possession of an item known as a Z-Ring, as well as Z-Crystals that match the type of move itself. For example, a Water oriented Z-Crystal for a Water type move. As also seen from the numerous trailers, there are also crystals only usable by specific Pokemon like Snorlax and Pikachu.

The full list of Z-Crystals and their locations can be found below:

Pokemon Sun And Moon Guide: Where To Find Z

Game Freak’s latest Pokémon games, Sun and Moon, introduce a lot of new features to the beloved handheld series, and remove quite a few others. Gyms are gone, and so are HMs, but Z-Moves and Z-Crystals may represent the biggest change.

Z-Crystals are new items that can be used once per battle to boost the power of certain attacks or buff certain Status moves to help swing the tide. They’re replacing Mega Stones, which allowed Pokémon to take on more powerful forms while in battle.

They essentially convert existing moves into more powerful Z-Moves. With the Waterium Z crystal, for example, any Water-type move is boosted to become ‘Hydro Vortex’, a powerful new attack. There are also Z-Crystals for specific Pokémon.

These Z-Crystals are found at various points of the plot, through completing trials and interacting with certain NPCs. There are allegedly other Z-Crystals, so we’ll update our list with that information once it has been discovered.

Thanks to PokeCommunity Daily who did most of the leg-work. 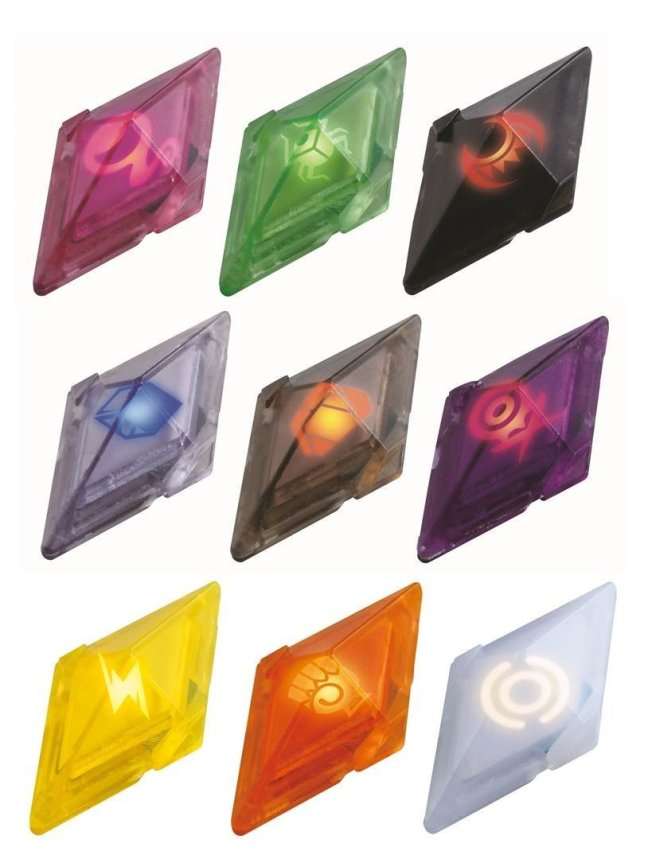 Z-Moves are a powerful introduction to battles in Pokémon Sun and Pokémon Moon, that can be unleashed when a Pokémon is holding a Z-Crystal that corresponds to its moves type.

These Z-Moves can only be used once per battle, and see the Trainer and Pokémons wishes resonate with each other resulting in both releasing their full power together.

Their effects will vary whether they are based on an attack or status move. For example, attack moves have far greater power than a standard move, but the increased potency is dependant on the original moves power that the Z-Move is based on.

For those looking to secure every Z-Crystal in the Alola region, we have listed their locations below to help out!

Pokémon Sun and Moon Z Crystals are one of the new mechanics introduced into generation seven. Replacing Mega Evolutions from Pokémon X and Y, these are crystals that can be used by a Pokémon for a ultra-powerful ‘Z Move’.

You can only perform one Z Move per battle, so choosing which Pokémon and Crystal to use in an encounter is important – but also means you can wipe the floor in random encounters if you so wish.

There are two kinds of Z Crystal in Pokemon Sun and Moon. One set is for every elemental Type in the game, and allows you to replace a move of that Type on a Pokémon with the corresponding Z Move, with strength of that base move impacting how strong the Z Move is. The other type of Z Crystal is for specific individual Pokémon, and replace specific individual moves with a Z-Move.

Each of the fully evolved Starter Pokémon, as well as the likes of Snorlax, Pikachu and Eevee, all have one of these available, and require specific steps to locate outside of the game’s story.

Z-Moves are powerful attacks and abilities fueled by items called Z-Crystals. You gain Z-Crystals as you travel through Alola and surmount certain challenges.

There are restrictions to Z-Moves. Some are restricted to certain Pokémon, and other Z-moves can only be performed when a Pokémon has a move in their dossier that corresponds with the Z-Crystal they’re holding.

For example, Snorlax can only perform the devastating “Pulverising Pancake” move if it knows Giga Impact and is holding the Snorlium-Z Z-Crystal. However, any Pokémon can learn the Breakneck Blitz Z-Move as long as it’s holding the Normalium-Z Z-Crystal and knows a Normal-type attack.