At the beginning of Explorers of Sky, there is a personality quiz which will determine what your starter Pokémon will be. It consists of eight personality questions and the last question, which is always whether the player is “Male” or “Female”. At the end of the quiz, the player will have a score of points associated with a Pokémon nature. Depending on the Pokémon’s nature and gender, the player will be assigned a certain Pokémon as a starter. Before the normal questions start, the player is asked, “Did you play Explorers of Time or Explorers of Darkness?” If you choose Yes, you are more likely to be asked questions that will increase your chances of becoming one of the newly added starter Pokémon , and your overall recruitment rate will go up.

Other Minor Differences With Time And Darkness

Very incomplete remnants of a Debug Menu can be found by using the following Action Replay Codes. Press Start at the title screen, then hold Left and select any of the options to open the debug menu. Only the sound test option seems to retain its function. 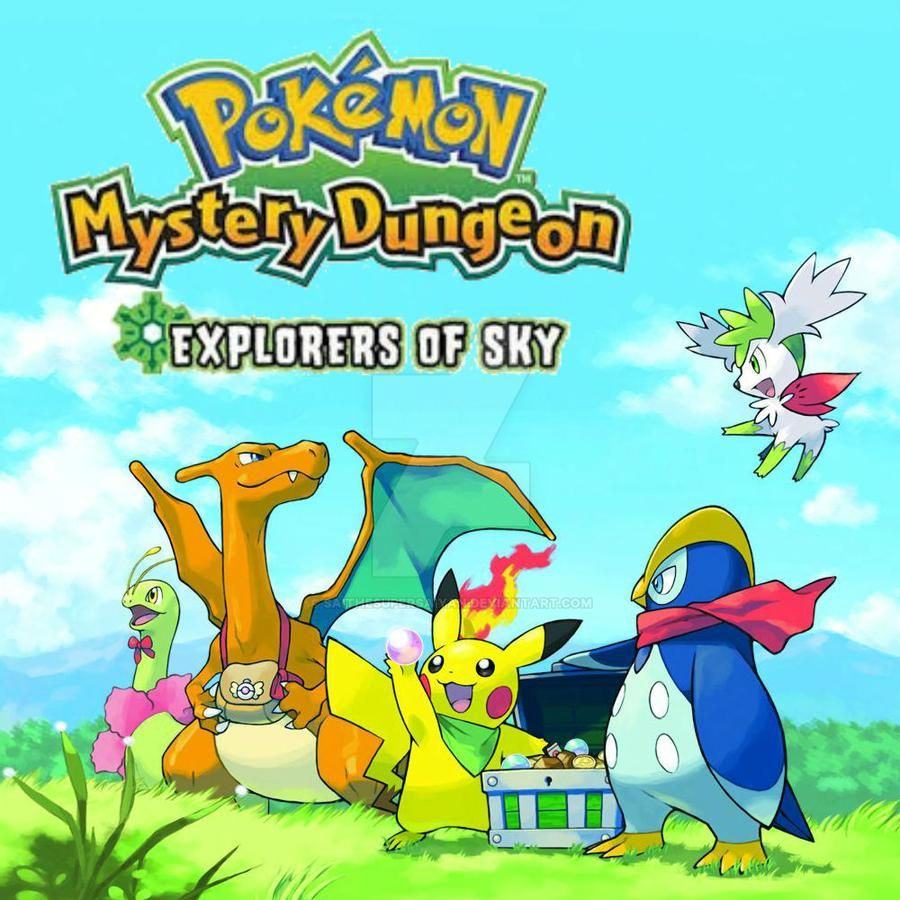 After graduating from the guild, the Player and Partner discover Mr. Mime and Octillery hanging in front of Spinda’s Cafe. They reveal there that happy news for explorers will be announced inside the Cafe and everyone goes inside. Spinda begins his announcement and asks if anyone has heard of Sky Peak. Mr. Mime explains Sky Peak is a large mountain in the east, that is said to be so tall, it almost reaches beyond the sky. Its surrounded by a mountain range that was impassible, preventing it from being explored. Spinda confirms Mr. Mime is right and reveals that through Project P, the path to Sky Peak has been completed. Furthermore, a small village was discovered as the base of the mountain. The inhabitants are Shaymin, rare Pokemon that little is known about. Finally, a mountain path the summit of Sky Peak was recently discovered and it may lead to hidden treasure said to exist on the mountain.

The three make their way through the mountain’s areas, which are divided among nine rest stops and the summit. When they reach the 2nd rest stop, they meet with the team assigned to survey the mountain, Team Frontier, who’ve built a base at the area along with a Drifblim Gondola that can take Pokemon back and forth from the rest area and Shaymin Village.

This article is about the game. For the special anime episode, see Pokémon Mystery Dungeon: Explorers of Sky – Beyond Time & Darkness.

Parents need to know that this game is the third game in the Pokemon Mystery Dungeon series, where players explore dungeons and battle other Pokemon using non-graphic attacks and special moves. A knowledge of Pokemon, their special moves, strengths and weaknesses, is recommended and will make combat easier.

What’s new in Explorers of Sky is that players have access to a handful of new quests and special episodes, including being able to explore the previously inaccessible Sky Peak where a new Pokemon called Shaymin acts as a companion and guide as you hike up the mountain. Players also have five new starter Pokemon to choose from when they start the game, can find additional missions through bottles that wash up on the beach, and can trade exclusive items with friends who have other Pokemon Mystery Dungeon games. The degree of repetition between Explorers of Sky and its predecessors is a bit disappointing, especially if the games are played back to back. The frustrations of Explorers of Time, such as losing some of your cash and items every time you perish in a dungeon, are still a part of the new game, and Explorers of Sky hasn’t undergone any sort of graphical improvements either. Nevertheless, Pokemon fanatics who buy into the franchise’s “gotta catch ’em all” mantra will find plenty to keep them occupied.

Pokémon Mystery Dungeon: Explorers of Sky – Episode 1 | I Am Pokémon!

The guild has set to meet in a forest covered by clouds on the Wonder Map. You and your partner set to go off to Shoreline Rockground first, and then make way to the camp.

Upon getting to Shoreline Rockground, you will see a Kangaskhan Rock, which Bidoof explains is like a replacement for Kangaskhan Storage, as you can not only store items there but also keep a record of your game.

When you try to enter the place, there are two paths. Choose which one to go through and you will be taken there.

Recommended Reading: How To Get Pokemon On Kindle Fire

The Legend Of The Time Gears

On the night after the player and partner arrest Drowzee, the partner tells the player the story of the Time Gears the artifacts that maintain the flow of time in their respective regions. The partner theorizes that if a Time Gear is stolen, time in that area will stop. Despite this, a mysterious thief is seen stealing a Time Gear.

One day, the player and partner, along with the Guild and Team Skull , make an expedition to a location called Fogbound Lake, a lake seemingly covered in fog. Arriving there, the player recalls the place as being familiar, but cannot ascertain as to why. At the top, they find and defeat Groudon to find out that it was only an illusion made by the Lake Guardian, Uxie, who is said to be able to erase the memories of all who arrive there. Uxie does not trust the Guild, fearing that they may take the Time Gear at the center of the lake, hence the reason for erasing the memories. However, after an appeal from the partner, the Guild earns Uxie’s trust, and Uxie decides not to erase the memories of the Guild or the lake’s treasure.

Should Manectric And The 8 Electrike Be Mentioned

I agree! If Luxray and the Luxio Tribe have a page, surely these deserve one. After all, they are as important to the story. Can anyone change the template? From Samjohn95 16:42, 23 November 2009

Escape From The Future

The player is woken up by the partner, who reveals that they have been locked in a cell. Just then, they encounter some guardsa group of Sableye. Six Sableye blindfold them and take them to another room, where they find themselves bound to a pole, awaiting execution. Along with the two is Grovyle, also tied up. Dusknoir appears, giving the orders to the Sableye to execute the three. Grovyle convinces the team to cooperate – while the Sableye to attack the ropes that tie them to the stake, there is a slight chance of breaking the ropes, and it may allow the three to escape. Fortunately, the ropes break free, and the three overwhelm the Sableye. This allows Grovyle to use a Luminous Orb, and take the team to safety. Back outside, Grovyle reveals that they are indeed in the future, but despite the lake trio returning the Time Gears back to their original places, the planet has been paralyzed. 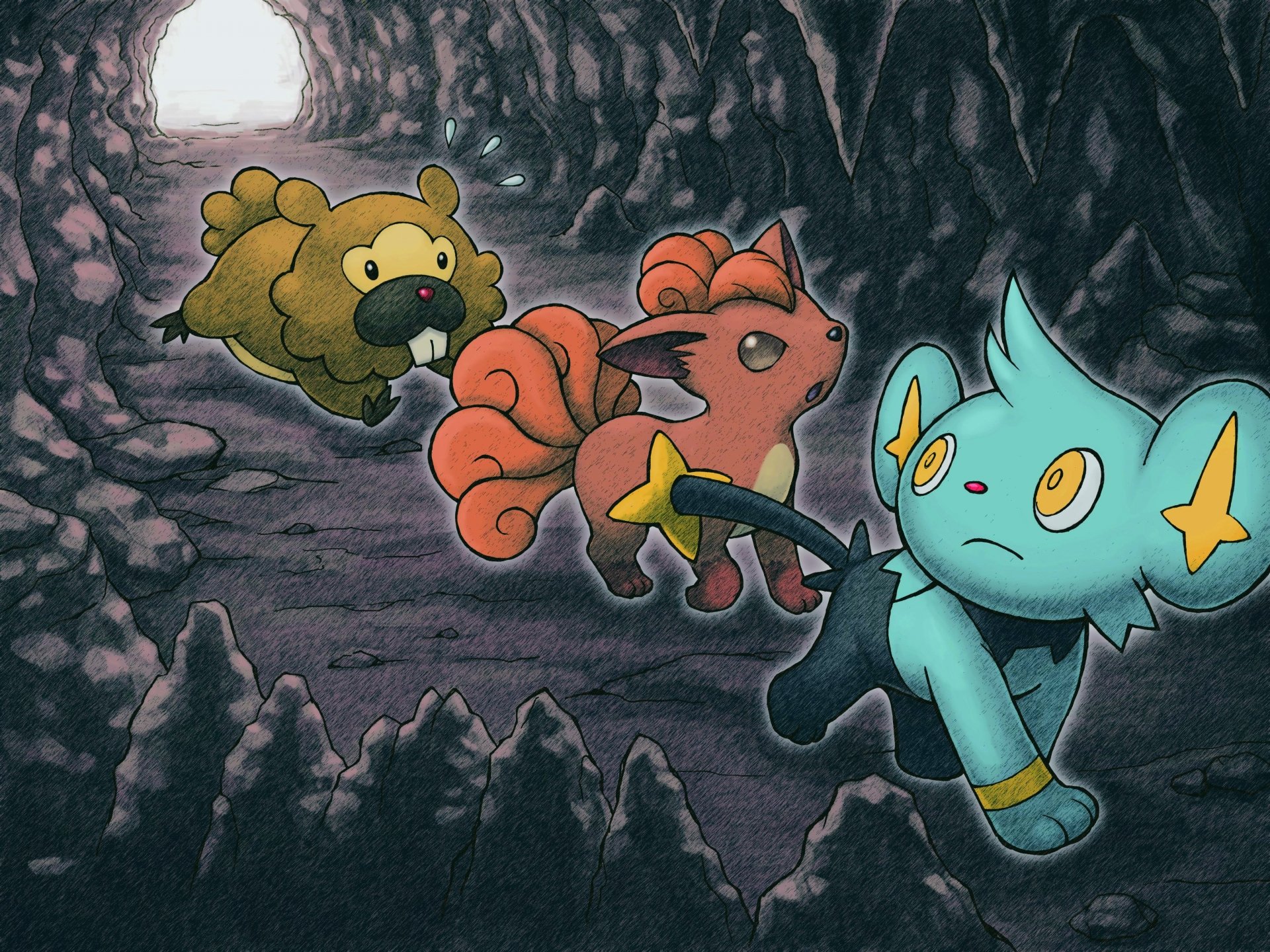 Mama and Papa Wigglytuff are Guildmaster Wigglytuff’s parents. They appear in the Special EpisodeIgglybuff the Prodigy.

Once Papa went mountain climbing with his son, Igglybuff, who would later grow up to be Guildmaster Wigglytuff. When they were climbing down the mountain, Papa Wigglytuff was almost crushed by a falling boulder, but Igglybuff used his YOOM-TAH to destroy it.

One day, Mama Wigglytuff gave Igglybuff some Gummis to share with his friends. Igglybuff ended up also using these Gummis to make friends with the bullies Banette and Skorupi, then went to the Murky Forest with them. Papa and Mama were pleased when Igglybuff told them he had made a new friendArmaldonot realizing he was an outlaw. When Nidoking informed them that Igglybuff was traveling with an outlaw through Fortune Ravine, they accompanied Nidoking, Magnezone and the Magnemite to apprehend Armaldo and save Igglybuff.

If you were looking for the manga based on the game, see Pokémon Mystery Dungeon: Explorers of Time and Darkness .

The games are successors to Pokémon Mystery Dungeon: Red Rescue Team and Blue Rescue Team. They include the new Generation IV Pokémon and have some Wi-Fi features, as well as more dual-screen features than their predecessor for the same system .

An anime adaptation of these games has been produced.

A third installment was developed by Chunsoft and was released on April 18, 2009 in Japan.

Serebiinet Just Got More News On The Game

Hi everybody. I just wanted to let you know that over the past couple of days, Serebii.net got more information on the game. Would someone that has permission to edit the article go to Serebii and put the new information about the game on this page please? Also, do the guy a favor who commented above, add the picture of Arceus . Thank You —Dialgafan1 23:31, 13 March 2009 Dialgafan1

With additional Pokemon to become, new Special Episodes and enhanced communication features, this is a grand adventure with a moving story and stunning finale. This game is a great starting point for players to enter the world of Pokemon Mystery Dungeon and for returning players to discover even more secrets.

Recommended Reading: How To Shiny Hunt In Pokemon Shield

Interestingly, the very beginning of the first games can be found within the text.