Pokemon Movie The Power Of Us

Pokémon the Movie: The Power of UsFull Trailer

Parents need to know that Pokémon the Movie: The Power of Us is a 2018 anime in which Ash, Pikachu, and his friends must find a way to work together in order to save Fula City. As the title implies, the story relies heavily on themes of teamwork and cooperation. Characters learn how to use their strengths for a shared purpose. One of the characters engages in lying and suffers the consequences. There’s some cartoon violence: explosions and exaggerated and somewhat demonic Pokémon faces during heated battles. A Pokémon’s feelings are constantly getting hurt by a man who doesn’t want to be his friend. A group of boys laugh and make fun when other characters fall over or accidentally knock things over. There’s some peril when thick smoke threatens to engulf Fula City, and adults and kids are trapped in an aerial tramway car.

Important!:Please Become a Member to Help us & Get Rid of the Ads!!!Info:

Ash and Pikachu journey to a small seaside town filled with a diverse set of characters, including a young athlete, a compulsive liar, a shy researcher, a bitter old woman, and a little girl with a big secret. Every year, the townspeople gather to celebrate the Legendary Pokémon Lugia, who brings the wind that saved the town from destruction many years ago. The festival is a time for celebration, with a Pokémon Catching Race and a ceremonial flame burning brightly to summon Lugia. But when a series of incidents threatens not just the festival, but all the people and Pokémon who call the town home, it’s going to take more than just Ash and Pikachu to save the day. Will these people be able to put aside their differences and work together to rescue their town? Or will it all end in destruction? 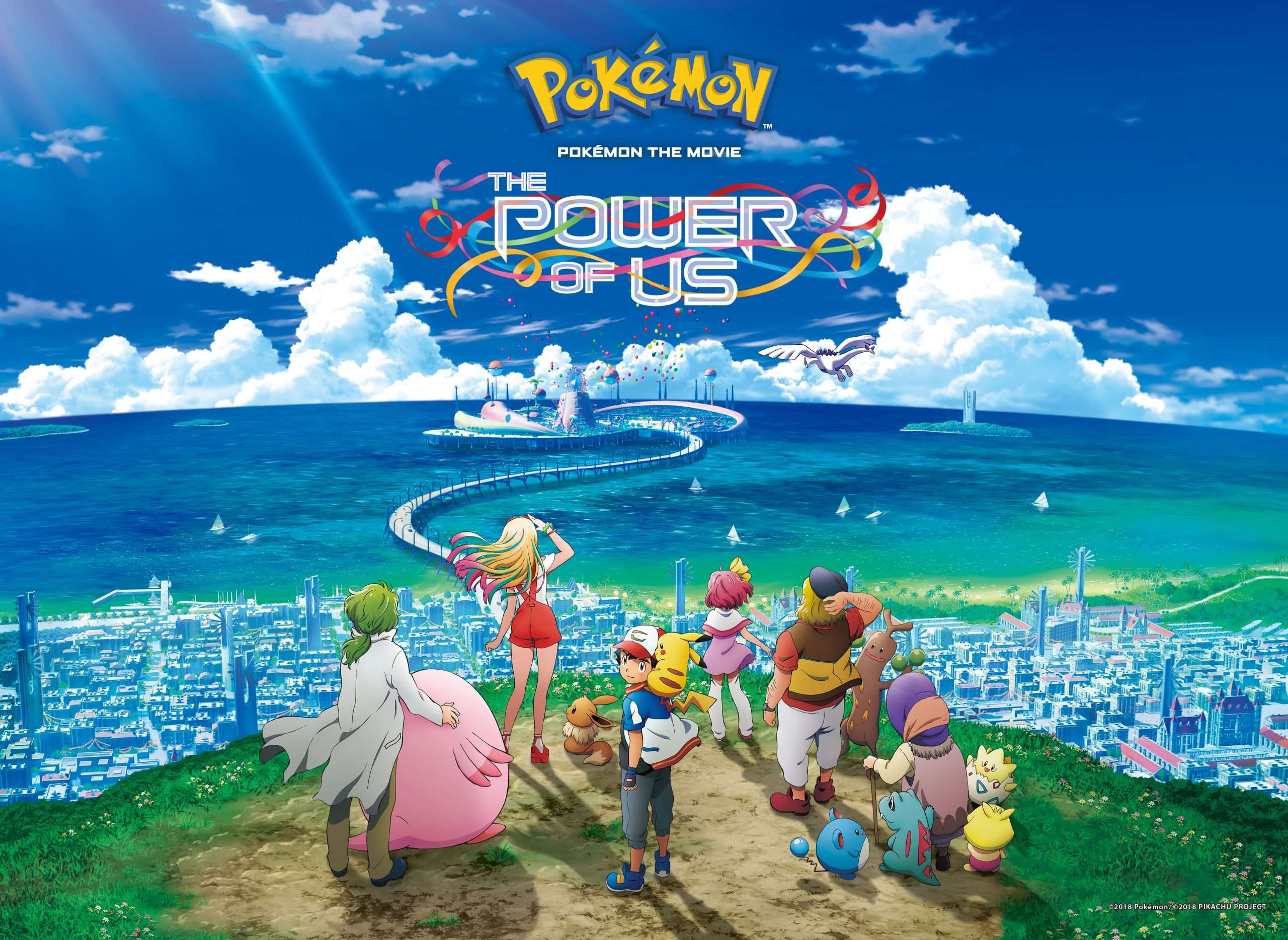 Like the other movies in the Pokémon franchise, this has the usual cast of thousands and the Pokémon who love said cast of thousands. While the multiple story threads can be difficult to follow at times, Pokémon the Movie: The Power of Us finds a way to unite everyone through teamwork and cooperation that more or less makes sense, even if one of the story threads remains unaddressed until a brief scene shoehorned in after the credits. In other words, viewers who aren’t Pokémon superfans are far less likely to get lost, confused, and inevitably disinterested in the story.

Even so, in terms of character backstories and setting histories, many adult viewers will have an easier time taking apart the novels of William Faulkner than they will the convoluted storylines contained in this movie. But for kids, there are plenty of exciting Pokémon battles and easy-to-understand positive messages. The anime melodrama is abundant, but so is the action. The result is one of the better movies in the series. Like the others, it’s still best for the superfans, but it’s possible that this movie might win some converts as well.

The Power Of Us Provides Examples Of:

Read Also: Does Barnes And Noble Have Sports Cards

Pokmon The Movie: The Power Of Us

Pokémon the Movie: The Power of Us is a 2018 Japanese animeadventure film based on Satoshi Tajiri‘s Pokémon media franchise, produced by OLM and Wit Studio and distributed by Toho. It is the twenty-first film in the Pokémon universe and the second film in the Alternate Timeline series. The film was directed by Tetsuo Yajima, written by Eiji Umehara and Aya Takaha, and stars the voices of Rica Matsumoto, Ikue tani, Megumi Hayashibara, Shin-ichiro Miki, Inuko Inuyama, Rina Kawaei, Mana Ashida, Koji Ohkura, Gaku Hamada, Masako Nozawa, Kichi Yamadera, and Inori Minase. In the film, several humans and their partner Pokémon creatures work together to stop a forest fire and a poisonous spore that threatens Fula City and its nearby wildlife.

It was released in Japan on July 13, 2018.The Pokémon Company International and Fathom Events released the film on a limited theatrical run in select countries on November 24, 2018.