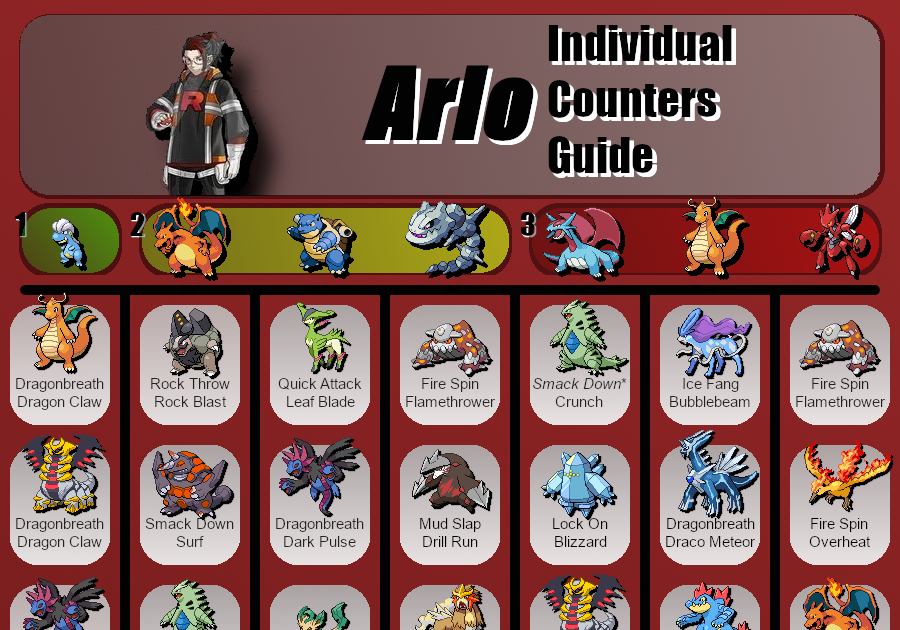 The first Pokémon Arlo can send out will either be a Pineco or a Mawile.

The Best Team To Use Against Rocket Leader Arlo This Month

Want to know how to defeat Rocket Leader Arlo in Pokémon Go? Well youve come to the right place. Just like the other team leaders, Arlo can switch around his line-up and be a pretty big threat, though the risks in this case are well worth the excellent rewards. As such, weve put together a list of the best counters to use against him, giving you a major edge in battle.

With such a huge list of Pokémon to pick from, and so many different types of moves, it can be a real challenge to know what team to choose when facing up against the masters. But in this Pokémon Go Arlo guide, we will tell you exactly what to pick to counter each of his possible choices this month, making sure you can continue your journey to be the very best.

How To Beat The Team Go Rocket Leaders

As always counters are going to be very important when fighting the Rocket Leaders, but there is some other strategy that you should know as well. These important tips for how to beat Arlo, Cliff and Sierra will help you regardless of which Pokemon they are using or you are using. As a rule of thumb you should always put your lead Pokemon in the second or third slot, then swap to them immediately. This will make the Team GO Rocket Leaders pause their attacks and you can get some free hits in. By doing this correctly right when the battle begins you get some quick damage and charge up your Charge Attack. The second big tip to beat the Team Go Rocket Leaders is to use the aforementioned Charged Attack. Charged Attacks used at the beginning of this fight in quick succession can take down the shields for Arlo, Cliff and Sierra.

Using those two tips + the correct counters for the Team Go Rocket Leaders and you should have no problem beat them. Now lets get into the best counters for Arlo, Cliff and Sierra for November 2021.

These tips will give you a leg up on this sneaky Team Go Rocket trainer.

Pokemon Go has its fair share of formidable challenges, from 5-star raids against powerful Mythical Pokemon to a Battle League filled with Trainers seeking glory in Pokemon battles. Looking in the shadows however is Team Go Rocket–the Pokemon Go version of the longtime Pokemon antagonists–and their four leaders Arlo, Cliff, Sierra, and Giovanni himself. This guide will tell you everything you need to defeat Arlo, the former Team Valor member and friend of its leader Candela.

Arlo will always use Shadow Venonat in the starting position. This will not change no matter how many times you face him. Phases 2 and 3 of the battle, however, will be a different experience every time. Each phase sees Arlo choose one of three randomized Shadow Pokemon, as listed below

Fire Pokemon are key to victory against Arlo, as both his lead Shadow Venonat and his Phase 3 Pokemon–no matter who he chooses–can’t take the heat. Your most powerful Fire Pokemon will need to be ready to bookend the battle, and we have a few suggestions:

The Best Counters For Arlo In Pokemon Go: July 2021 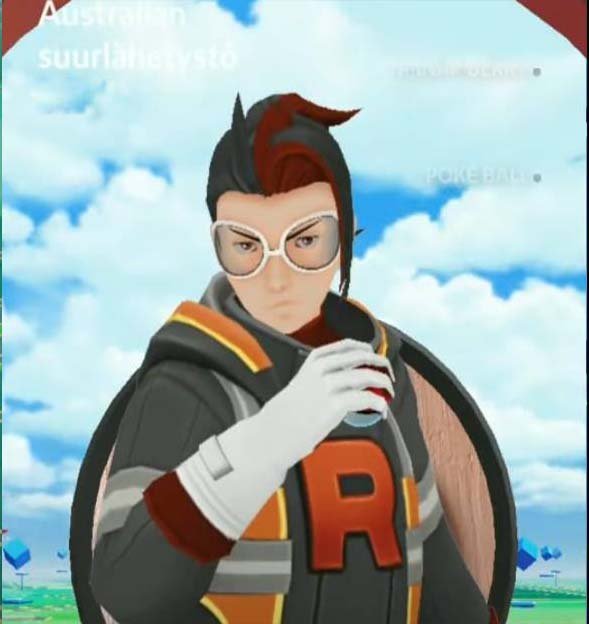 Suffice to say Arlo, Cliff, and Sierra don’t want that to happen.

Fielding a team of Shadow Pokemon, the trio have tweaked their battle parties and are ready to take on trainers again to defend their boss. Like his other comrades, Arlo has rotated his team periodically so that players don’t come up with a solid strategy to defeat him.

Fortunately, there are counters for the new Team GO Rocket Leader teams, and players can take full advantage of them in order to speed up their progress.

If beating up Team Rocket is how you want to progress things, then there’s plenty to do in Pokemon GO. In particular, you’re going to want to take on the lieutenants that staff this criminal organisation. Enter, Arlo. While others might worry about Sierra, we reckon this guy’s a sleeper rival if you’re not careful with your team. Here’s how to beat Arlo in Pokemon GO for March and April 2020.

Pokémon Go has an exciting July 2021 for trainers, but not everything is bliss as Team Go Rocket are still around and up to no good. To help purify their Shadow creatures, you will need the best counters to exploit the weakness of Venonat to beat Arlo.

Go Fest is the major event for the month, yet there are lots of other occasions to be excited about over the next 31 days. This includes a Tepig Community Day on the 3rd and a chance to capture Pikachu wearing an Okinawan kariyushi shirt on the 22nd.

Before both of the above events happen, you will want to help rid the games world of evil by defeating the specky member of Team Go Rocket.

As of July 7, 2020, Team GO Rocket has now taken to the skies. Four times a day, a Team GO Rocket balloon can appear on the map. These encounters work almost identically to Team GO Rocket PokéStop Invasions. Under normal circumstances, Trainers can expect:

The line ups for Shadow Pokémon are the same as if you encountered Team GO Rocket at a PokéStop. If you don’t beat the Executive or Giovanni, your Radar will remain intact until you are able to defeat a Team GO Rocket leader.

What Are The Best Pokmon Go Arlo Counters For Venonat

Arlo will always use Shadow Venonat as his first Pokémon. Luckily, Venonat is a pretty easy opponent to beat. It uses bug and poison attacks, so it is best to use dire or flying-type Pokémon to counter it.

Recommended Reading: Can You Get Mimikyu In Pokemon Go

After you’ve constructed your first Rocket Radar, additional Rocket Radar can be purchased in the PokéShop for 200 PokéCoins each. While $2 worth of PokéCoins might seem like a small amount to pay for a Rocket Radar, previous Community Days have featured paid special research that included a Rocket Radar among the generous rewards for only $1 and other events have rewarded Rocket Radars as well. You will still need to track down the right Executives to battle, but if you don’t have to fight your way through several grunts each time, this could make completing the Team GO Rocket Special Research a little more doable.

Pokémon Go has entered a new month and this has brought about An Inter-egg-sting Development with tasks and rewards. Aside from having the usual objectives and prizes, it also asks players to beat all of the Team Go Rocket leaders and boss including Arlo. With the line-up for each Team Go Rocket leader having changed, here youll discover how to beat Arlo in Pokémon Go during October 2020 by using counters and exploiting the weakness of Growlithe.

Aside from the An Inter-egg-sting Development tasks and rewards, there are also Strange Eggs for you to get and hatch. These are 12km Eggs, and they house the likes of Pawniard, Vullaby, and Absol, as well as others such as Larvitar.

While the Strange Eggs are a neat incentive, below youll discover how to beat Arlo in Pokémon Go during October 2020 by using counters and knowing the weakness of Growlithe.

Team GO Rocket never rests, Trainers, and neither can we! Lets save as many of these Strange Eggs as possible from Team GO Rocket!

What Are The Best Pokmon Go Arlo Counters For Crobat

Arlos Shadow Crobat is a standard poison and flying-type Pokémon. To counter it, its a good idea to choose a Pokemon with rock and style-type moves.

How To Beat Arlo May 2021 Related Searches 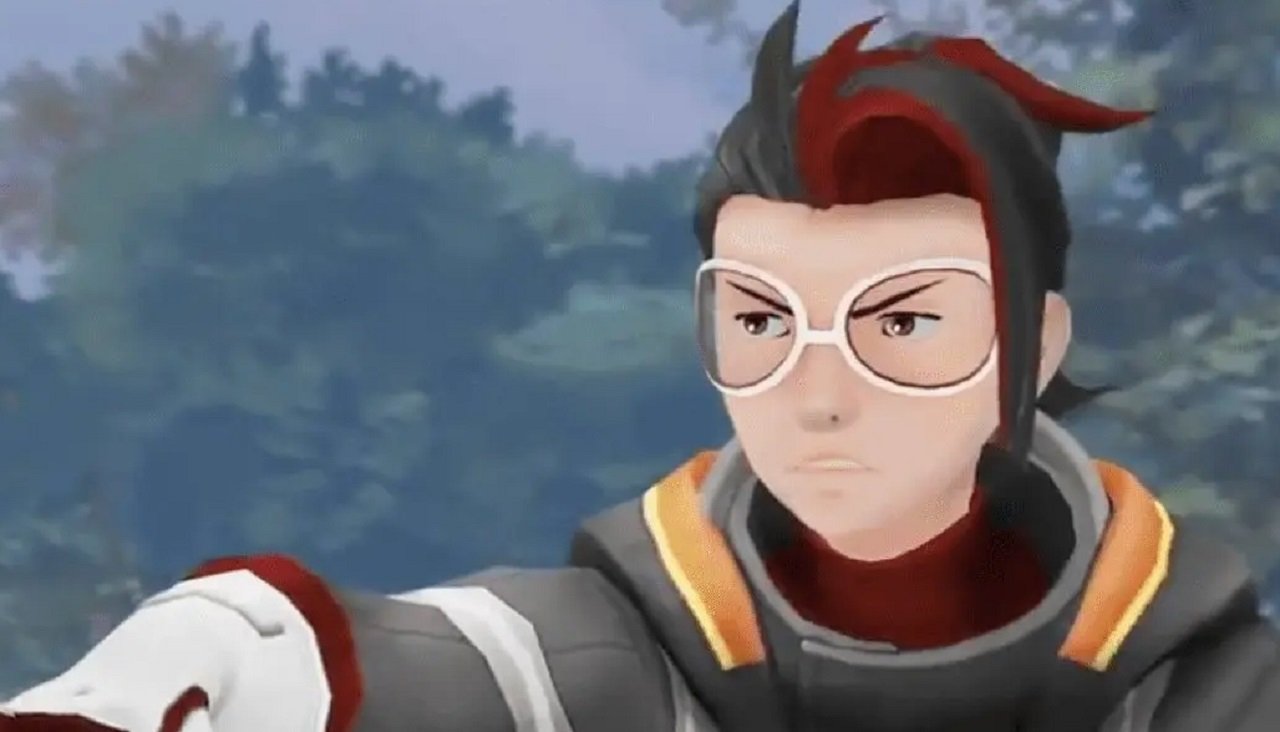 Arlos first beastie is an easier one to be ready for as itll be the same every time. To get past the Venonat, youre best off using:

There are of course three choices for Arlos second and third Pokemon, making him tougher to predict. Here are the best counters to his choices for his second Pokemon:

New as of , Trainers can now earn Strange Eggs by defeating the Leaders of Team GO Rocket. These special eggs only carry a select few Poison and Dark type Pokémon, as well as Pokémon that evolve into Poison or Dark types, and they require a whopping 12 KM to hatch. Currently, the following Pokémon can be hatched from Strange Eggs:

The Founder of Team GO Rocket, Giovanni is the only one bringing in Legendary Shadow Pokémon. For the time being, however, his team is more limited than his Executives. His first Pokémon is always Persian and his last is currently Shadow Ho-Oh.

Unlike the remainder of Arlos staff, his first Pokemon will all the time be the identical: Venonat. This Pokemon is a twin Bug and Poison-type, making it weak to Flying, Rock, Fire, and Psychic-type strikes. It in the meantime resists injury from Poison, Bug, Fairy, Fighting, and Grass-type strikes.

Venonat is Arlos weakest Pokemon, making it simple to get by shortly. Its weak stats moreover make it a superb goal for cost strikes as a way to make Arlo waste his Protect Shields early. If gamers need to do away with Venonat shortly although, the most effective counters for it are:

Rampardos Smack Down and Rock Slide

You May Like: What Time Do Raids End Pokemon Go

Trainers, A Looming Shadow Returns is a new event in Pokemon Go, and Team Go Rocket leaders Sierra, Arlo, and Cliff are back in the game. The three leaders now use different Shadow Pokemon in battles, and you have a chance to catch a new shiny Shadow Pokemon.

Team Go Rocket was temporarily removed from Pokemon Go due to in-game issues. The Festival of Lights event and Professor Willows research into Hoopa caught Team Go Rockets attention and it seems like the three leaders Sierra, Arlo, and Cliff are coming back stronger, with new Shadow Pokemon lineups, ready to take over the Pokemon Go world.

That said, lets take a look at the new Shadow Pokemon and how to beat Team Go Rocket leaders Sierra, Arlo, and Cliff.