Complete Guide To The Ruins Of Alph Pillars

The cries arnt doing anything, im I missing somthing ?

I stood next to the pillar, and it worked for me.

Just a hint for anyone trying to do the Xatu thing: with the dex tracker active you can just press select when in a battle with a wild Pokémon to see their moves.

Huh. Didn’t know that. Added to the guide.

If I did the Forest of Alph quest before the pillars event, and didnt catch the unknown did I miss my chance to complete this event?

What happens if I accidently kill the Unkowns?

What do I do if I only thought to catch one of the three Unown in the Forest of Alph and KO’d the other two? Will they respawn on Mt. Mortar Peaks if I defeat the E4 again? If not, that’s kinda garbage, considering I got to the forest before I ever uncovered the Pillar Room.

I didn’t know the water could be turned back off. Make sure the water is on. You have to use the waterfall to climb up. That will take you into the new area. There is a puzzle there to block off that waterfall. Will edit the main post.

I’ve knocked the second pillar down by using the pokèflute and now, I can’t knock any pillars down anymore. I caught Mew, interact with the 5 swinubs but I still couldn’t knock anything down. Now I’m grinding for the luster ball hoping I could get one pillar down.

Back in Gold and Silver, there were four caves in which you needed to complete a puzzle in order to unlock all 26 Unown. The drastic change in Pokemon Crystal is the addition of rooms behind the puzzle rooms, in which you can find all sorts of goodies. You need to solve a cryptic message in order to access this room, where you can collect four item balls. By dropping down into the next room, you’ll see a message written on the floor in Unown letters that has no importance whatsoever to the game.

The second puzzle contains to be a Aerodactyl which can also be the first puzzle you solve. To access this puzzle you need to pass the small patch of water that is at the south of the entrance of the ruins which you are able to do when you gained HM03Surf in Ecruteak City after defeating the Kimono Girls. Once entered, on the right side you will read the description of the puzzle containing to be: “This flying Pokémon attacked its prey with saw-like fangs”.

Mysteries Of The Ruins Of Alph

There are four rooms in the Ruins of Alph, but for now, you’ll only be able to get to one. Inside you’ll find the first of four puzzles where you have to make a picture out of sliding tiles. Read the hint on the right side of the stone tiles to help you slide the piece into position. Start with the corners, then the border, then finish with the inner pieces. When you solve the puzzle, a hole will open in the floor. You’ll be dumped down to B1 where you’ll fight the odd Pokémon called Unown.

Catch at least three or more differently shaped Unown and when you get back out, one of the scientists will take you back to the lab and alter your Pokédex to include the Unown Pokédex so you can keep track of all the variations you catch. Access that in the option screen of the regular Pokédex. They’ll be listed in the order that you catch them in.

If you catch all 26, the scientists will let you print them out on your Game Boy Printer. But note that all 26 variations won’t be available until you’ve solved the puzzles in all four of the rooms. 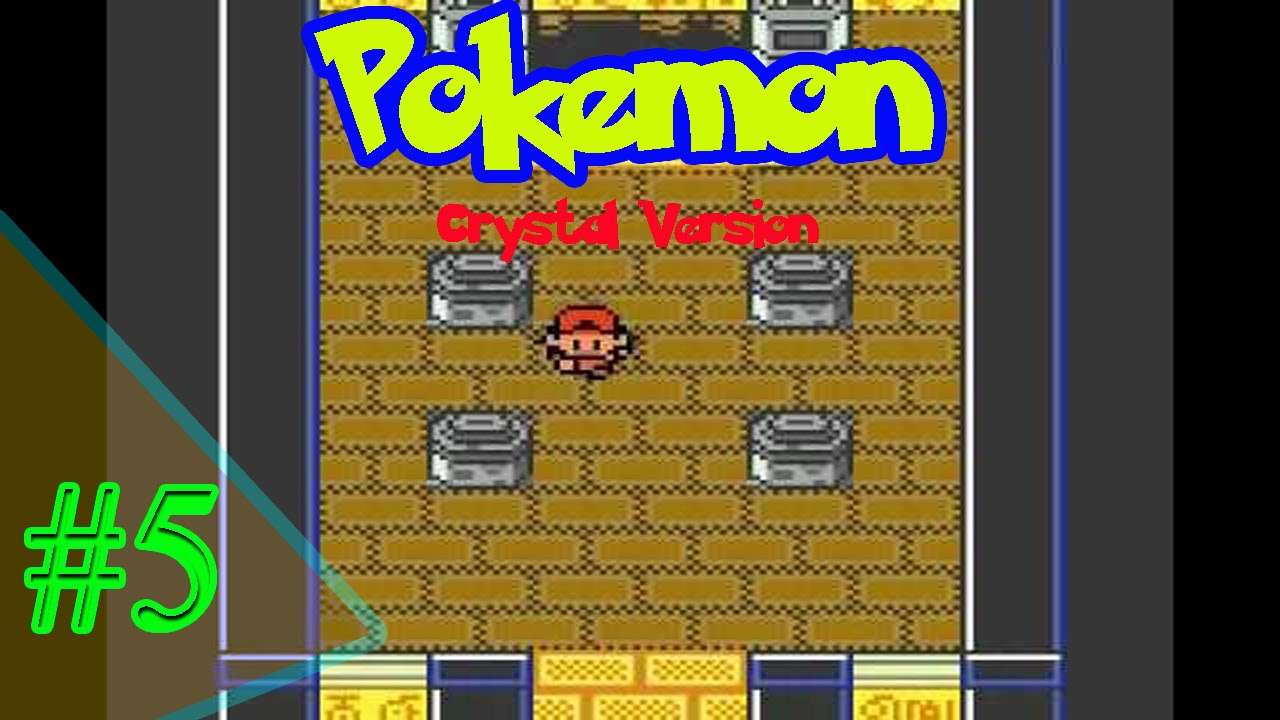 The second puzzle contains to be a Aerodactyl which can also be the first puzzle you solve. To access this puzzle you need to pass the small patch of water that is at the south of the entrance of the ruins which you are able to do when you gained HM03 Surf in Ecruteak City after defeating the Kimono Girls. After solving the puzzle it unlocks the following Unown: R S T U V.

The third puzzle contains to be a Ho-Oh the legendary bird Pokémon which can also be the first puzzle you can solve. To gain access to this puzzle the player must get through the Union Cave which can you need HM03: Surf to get to the location where you can get to the third puzzle. You must be in the mid-way between the entrance and the exit which there is a ladder heading down to the floor and in the next room you must use Surf and exit at the northernmost opening. After solving the puzzle it unlocks the following Unown: W X Y Z.

You can’t explore this area fully yet, but you can get to the first puzzle now. Solving the sliding-tile puzzle will drop you into the ruins below, where you can capture the mysterious Unown.

The solutions to the puzzles are pictures of the following Pokemon: Kabuto, Ho-oh, Charizard and Omanyte

Adventures In The Ruins Of Alph

Update 52: Adventures in the Ruins of AlphRuins of AlphIs it time to finish up the Ruins of Alph finally? Yes indeed.There’s still 2 chambers to clear out and since we’ve finished up the beast quest, we can now go to all of them. As a refresher, we needed a Water Stone in our inventory to unlock this opening.Here are our prizes. Nothing too amazing and a second Mystic Water. Sure.More writing, good stuff.Now the final back chamber.You need Ho-oh in your first party slot. Oh yeah, I nearly forgot.Ho-oh is holding a Sacred Ash which when used will revive all of your fainted Pokemon. There’s only one in the whole game, so we should totally use it in the final battle.Considering you have to catch four legendaries to even get to this chamber… eh. Though that second Charcoal is kinda useful for cash, since I think I sold the first one way back when…The last load of writing. With all that done with… well let’s actually catch all these damn Unown!So, uh, there’s nothing much to catching all the Unown. There’s 26 of the damn things and you need to remember which ones you haven’t caught yet.Since we can only fit 20 to a box, you will need to leave to switch it when you’re close to the end. Man, I wish we had the 30 to a box the Japanese players got.But eventually the last one finally fuckin’ shows up, christ. We’re done!Yeah… catching all the Unown doesn’t do much. But let’s check this printer.Oh right. Never mind then.Man, Ditto has levelled up a lot.HP: 30

Read Also: How To Get Xp In Pokemon Go

Natu Smeargle And A Trainer

The thin strip of grass to the left of Psychic Nathan is one of the more overlooked Pokémon catching areas in the game. It’s the only place that you can find either Natu or Smeargle, so don’t leave without them.

To reach this place, go to the Union Cave and go one level down . Then go to the northwest corner of the cave and you will arrive. When you encounter a Smeargle, be careful not to kill it in one hit, as it is rare.

Drop down into the first big hole, you can read the words that the Unown have spelled out:

OUR WORDS SHALL REMAIN HERE FOR THE AGES

You won’t be able to reach the Second room until you beat Morty and learn Surf. Go to the tollbooth that leads to Route 32 and surf down and go right into a cave. Read the hint and solve the puzzle. That releases Unowns S – W into the Ruins. Now after you catch a few of the Unowns again, if you really want them, make sure you have a Pokémon that knows Flash and go down to same room and go where the wall says ‘LIGHT’. Use Flash to open another door to get these four items: Heal Powder, Energy Root, Gold Berry, and Moon Stone. Then fall down into the hole to read the second message.

THUS WE SHALL ERECT A POKÉMON STATUE OUTSIDE

THEY POSSESS GREAT INSIGHT AND REJECT THE OUTSIDE WORLD

Return Later On For More Puzzles

You can swim to one of the sliding puzzle rooms, but the other two will require exiting from special areas within Union Cave. The three new puzzles are much harder, since they’re not symmetrical like the first one. Each one you solve releases more new Unown variations into the Ruins:

Magic: The Gathering® is a registered trademark ofWizards of the Coast, LLC.

Magic: The Gathering® and all associated images are copyright ©Wizards of the Coast, LLC. All Rights Reserved.

In Let’s Aim For The Goal!, Gold arrived at the Ruins of Alph and met Bugsy, who told him that a basketball tournament was being held at the ruins to celebrate their anniversary. Gold decided to participate, eventually facing and defeating Firebreather Takeo in the finals. As a reward for winning, Gold was given an Elekid.

In Extreme Power!! The Friday Pokémon, Gold and Bugsy explored the ruins for a while before deciding to travel to Azalea Town together, only to learn that an accident had caused the Union Cave to be temporarily closed from the public.