Pokemon XD Gale of Darkness Walkthrough 82: How to Get the Lucky Egg

Hint: Dragonite:To catch Dragonite you must snag all the Shadow Pokemon . The Miror Radar will go off and it will say Miror B will be in Geteon Port. He will be on the lighthouse at the very top. Battle him and he will use a level 50 Dragonite. Be careful and save the game before you battle him.

Hint: Elekid:You must do something for the news crew to get Elekid. They will ask you to check with someone and the outskirts. His name Hordel. He is from Cipher. He will give you a Togepi at level 25. He will ask you to purify it for him. Once this is done, you can keep it or take it back to him. He will trade you an Elekid at level 20.

Hint: Larvatar:Catch a Wooper and give it to the man in Pyrite Town. He will trade you a level 20 Larvatiar.

Hint: Lugia:To have a chance at snagging Lugia in the demo version, you must first snag the first 60. Then, go to the mountain with a Groundon statue and Lugia will fly there. You will them battle him. He is at level 50

Lugia can be obtained at Nickledark Island. He comes out at level 50 after you defeat Cipher Boss Deathgold.

To purify Lugia, get full tempo in all nine chambers. Then, place Lugia in one of the sets and it will be purified. Having all the Shadow Pokemon is not a requirement.

There are multiple ways to get the Purification Chamber at full tempo for all nine sets . Try the following.

Hint: Phanpy:Put ten Poke Snacks at the Oasis Spot. You will more likely than not find a Phanpy.

Talk to the pink-haired man at the Outpost stand, then walk away. He’ll ask if you want to battle. Accept to fight Rider Willie, a trainer from Pokemon Coliseum. Notice that the music changes to the battle theme from that game.

If you have a GBA link cable, import your pokémon from the Game Boy Advance Pokémon games and use them in battle.

The gameplay mechanics are pretty much the same where you have two Pokemon in battle tackling the enemy trainers Pokemon. A big change is that you can now catch Pokemon in the wild instead of just catching Shadow Pokemon from enemy trainers. Purifying Shadow Pokemon is also easier compared to how it was in Pokemon Colosseum. Anyway here are some nice cheats, hints, tips, and tricks that you can use when playing Pokemon XD: Gale of Darkness. 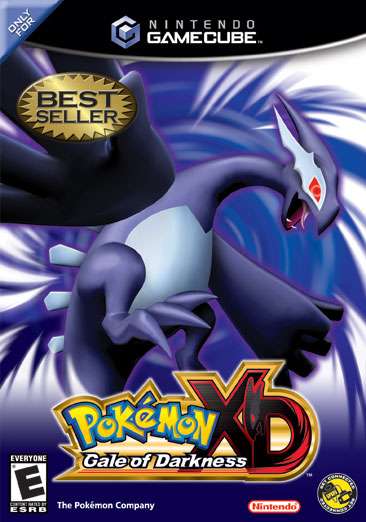 Pokemon XD is a sequel to the role-playing game Pokémon Coliseum. Youll play as Michael, a Pokémon trainer who is trying to thwart the evil Cipher. Cipher plans to control the world by using the powerful, but unpredictable, shadow Pokémon. Now you must fight back by collecting your own shadow Pokémon and beating Ciphers goons in battle. Pokémon XD also lets you import Pokémon from Game Boy Advance Pokémon games and participate in head-to-head battles with other players.

How To Download Pokmon Xd: Gale Of Darkness Trainer Cheats On Pc

To catch Dragonite you must pass through all the Shadow Pokemon . Then, the Miror Radar will go off and it will say Miror B will be in Geteon Port. He will be on the lighthouse at the very top. Battle him and he will use a level 50 Dragonite. Note: Be careful and save the game before you battle him.

You must do the news crew a favor to acquire Elekid. They will ask you to look for someone in the outskirts. His name is Hordel and he is from Cipher. He will give you a Togepi at level 25 and ask you to purify it for him. Once this is done, you can keep it or take it back to him. He will trade you an Elekid at level 20.

To acquire all three Johto starters complete Mt. Battle in Story mode to get one Johto Pokemon with their elemental hyper beam. Totodile will have Hydro Cannon. Cyndaquil will have Blast Burn. Chikorita will have Frenzy Plant. You can get all three starters by completing Mt. Battle a total of three times.

Catch a Wooper and give it to the man in Pyrite Town. He will trade you a level 20 Larvatar.

There are multiple ways to get the Purification Chamber at full tempo for all nine sets . Try the following:

Pokemon Xd: Gale Of Darkness Cheats Hints Tips And Tricks You Can Use

This is more an added bonus and doesnt really have any boosts to the gameplay experience. If you want to view the secret ending, you need to catch all Shadow Pokemon and Purify them. Defeat Master Greevil and once the ending starts playing, youll see an extra scene.

One of the more interesting Pokemon XD: Gale of Darkness cheats, hints, tips, and tricks that you can use is capturing Pokemon. It is ideal to throw your Ball when the Pokemon has yellow health and not red. Thats because when the Pokemons health is red, it is usually enraged causing it to get out of the Ball most of the time.

Another trick that claims that it can increase the catch rate by a high percentage is to hold A, B, and the left stick at the same time. It is said to raise the chance of Snagging the Pokemon to a certain point.

Go to the Pokemon HQ once youve visited Citadark Isle. Professor Krane who is located on the first floor will tell you where the Master Ball chest is.

All Pokemon Are Shiny On/Off CJDZ-EC91-Z053K

Press Z+R to duplicate your Pokemon from Slot 1 to Slot 2.

Press Z+R to duplicate all your Pokemon from Box 1 to Box 8.

Note: This code require the MemCopy Enabler code to work.

Note: This code require the MemCopy Enabler code to work.

How To Catch Greevill’s Shadow Pokmon

Master Greevil has six rare pokémon that you can capture:

Bring at least 20 of every pokéball type into battle to improve your chances of catching them all. Equip your shadow pokémon to slowly chip away at their health until they become vulnerable. If you accidentally kill one, there’s no need to reset as you can fight him again.

If you have already captured Shadow Lugia, then you’ll fight Greevil by himself.

About Pokmon Xd: Gale Of Darkness

Pokémon XD: Gale of Darkness is a Wonderful Role-playing , Strategy, Turn-based strategy , Adventure based game released on PC. The game is available to play on Nintendo GameCube. It was . It is rated E10+ which means kids below 10 are not allowed to play the game. This Third person game have got total ratings of 69.40 out of 100 and an average ratings of 1 out of 100. This Single player game is rated by 47 users and followed by more then 14 players around the world. You can and avail a total of 19 cheats in the game. 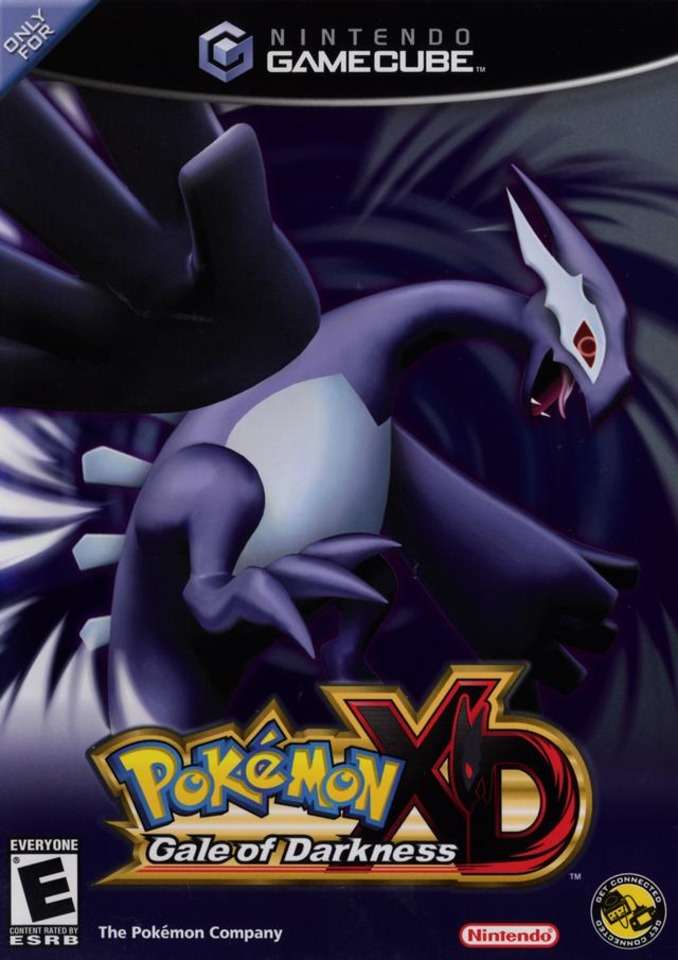