Ash’s Reshiram and Zekrom from the movies Victini and The Light Hero, and Victini and The Dark Hero. Reshiram knows Blue Flare, Fusion Flare, Mist and Draco Meteor. Zekrom knows Bolt Strike, Fusion Bolt, Haze, and Outrage. They both have Wishing Ribbons and Ash as their OT. They are exactly like the ones to be given out in Japan this Summer.

You gain experience at the Day Care based on the amount of steps you take, one step for each point of experience. . Bring a lot of cash when you pick up your Pokemon! Note: The moves that a Pokemon learns whilst in the Day-Care Centre will be taught to them, replacing random moves as the Day-Care Lady sees fit.

1. Drop two of your Pokemon off at the Day Care on Route 3.

2. Go to the Battle Subway in Nimbasa City.

3. Position your character in the middle of the round path that encircles the column in the Subway.

4.Find something heavy to set on the DOWN and A buttons on your DS. Rig your DS so these buttons are held down and you can leave and come back later.

5. Leave your DS On for a long time while your character technically takes many steps.

6. Return to the Day-Care Lady for your Pokemon.

There is a reason these candies are called rare, as they are not so easy to get if you go on with the games normal pace and activities. The first thing that you need to do if trying to get any cheat for that matter, is getting a hold of an Action Replay device, if not that then an Action Replay code can also be used in the menu of your emulator. By using the Pokemon Black 2 Rare Candy, you can accumulate as many rare candies as you want. See the provided below, and all you have to do is select and apply them in your game

Remember, you might not get free rare candies per se, if that doesnt happen at least with the help of these codes you can get them with less effort, and relatively quickly. To get unlimited rare candies in Pokemon Blaze Black enter the below code and withdraw your items

Things to Consider While Activating the Codes:

Being game enthusiasts ourselves, we have put some time and effort into it and dug up some really useful and effective for this game. Read on to find out what we have brought for you to use and stay miles ahead in this game. Before you start using these codes, always remember to save your game beforehand, this allows preventing any glitch from happening and ruining your game.

Now there are 900 balls and you can get a hold of every one of them by applying cheats but what if you are only interested in Master Balls, so use the cheat below and enjoy 900 Master Balls in slot 1.

Don’t Miss: How To Get Meltan Pokemon Go

Is There A Cheat Device For Switch

The Switch Up is the newest third-party console cheat device that allows players to do things that many may consider unnatural. Third-party video game cheating devices have been around almost as long as home consoles themselves, and the newest one for the Nintendo Switch, the Switch Up, is available now.

How To Change Ability Xx In Pokemon Black 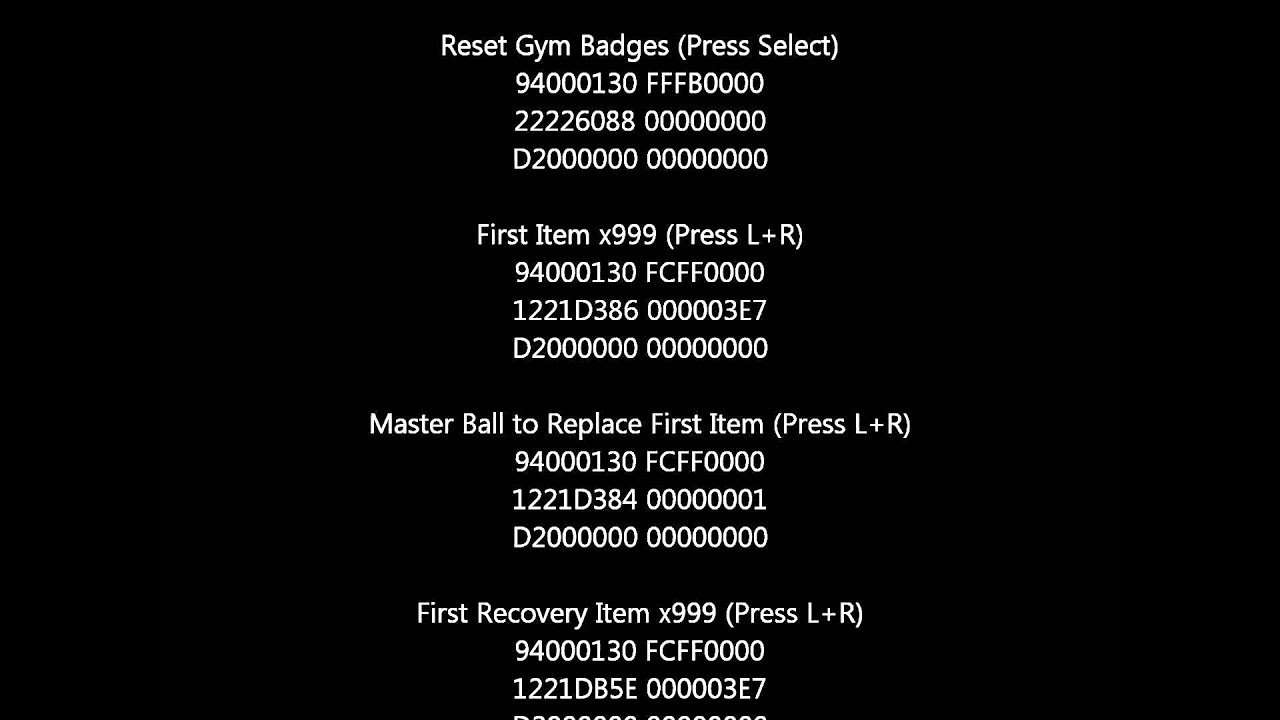 Change the XX with the hex value listed below. Example: I would put A1 for the ability Zen Mode. Please comment if anythings wrong. 1.Mark your Pokemon in the pc. 2.Hit L+are afetr that. Thats it. Happy cheating. Find more codes and cheats for Pokemon Black on this page of our website.

How Do You Change Code In Pokemon Black

Tms That Change Across Games

Open up your X Menu and select the option that has your name on it , and it’ll bring you to a screen that shows all of your gym badges. From here, click the icon on the bottom left of the screen to bring up your trainer card. There are 2 categories underneath your name that you can change. The top one is your class, and the second one is your nature. This affects how you appear in the Wi-Fi rooms or on your friend’s DS when in a trade, battle, etc. At the very bottom there’s even a personal quote you can enter that others can see when they look at your trainer card.

Transfer Promotional Pokemon From Other Games

To unlock the relocator on the Main Menu, head to the second floor of the building with the scientist requesting a password in Castelia City. Talking to him lets you say a phrase. Input Everyone Happy and then Simple Connection and you will be allowed to use the Relocator at the main menu after you save your game. Use this to transfer the Legendary Trio and Celebi to Black or White. 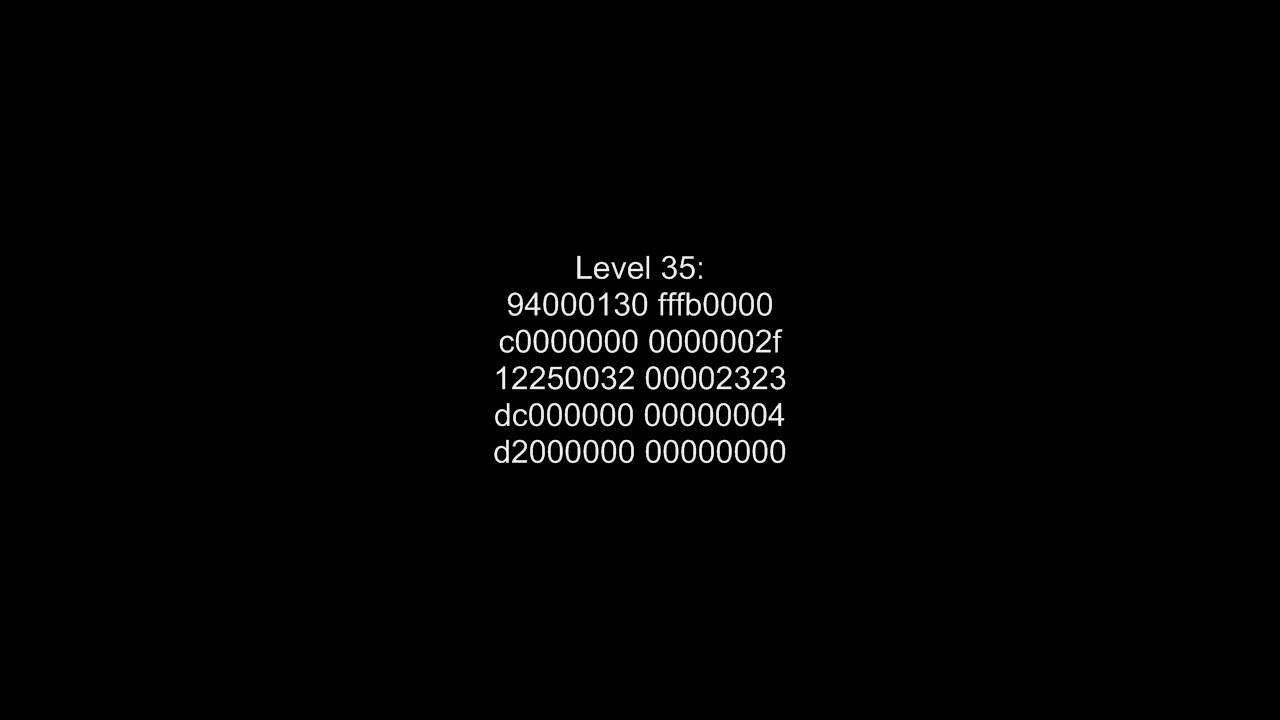 In the Dreamyard to the east of the First Gym, a Trainer will give you a Pokemon you can use against one of the Trio you fight there. This Pokemon will be based on your Starter choice — it will be either a Pansage , Pansear , or Panpour . This Pokemon can be used to win your First Gym battle.

You must have both an empty Pokeball and a Celebi for this, so transfer Celebi from an old game to your Black/White game using the Transfer Machine. Have Celebi in your party and talk to the lost girl in Castelia. She will turn into Zorua and occupy your free Pokeball.

LarvestaLocation in Black and White: Route 18

You can get an egg from a man in a house on Route 18 with Larvesta inside.

After you beat the game and get the National Pokedex, return to the Desert Resort and head into the Relic Castle. You’ll be able to access a new area with a Volcaronaat the end of the line. It’s a tough battle .

MagikarpLocation in Black and White:

After defeating Ghetsis and obtaining the National Pokedex, you can purchase the rare Magikarp from a man on the for 500 bucks.

Is The All Items Code Active In Pokemon Black

We do however have the all items/all consumables codes active. In previous wild pokemon modifier code, hitting L + R would simply take the 999 Master balls and turn it into the number of max pokemon , and youd be set. Would having the max items code active perhaps cause this code to fail?

How to get Pokemon Black and White Action Replay DSI Codes

Input the code and your character can move faster. Be careful when using this code when you are using a bike because you may bypass some trigger events.

Input the code and press Select to activate it. Your Pokedex will have the complete Pokemon list and primarily for the National Pokedex.

Input the code and you can catch the enemy Trainers Pokemon. The catch rate can still be the same depending on the type and level of the Pokemon.

Input the code and press Select to activate the code. You wont have any random encounters but Trainer battles will still happen.

Input the code and press L as you are walking in front of Trainers. The trainers wont fight you as long as the code is up and as long as you pressed L.

Input the code and all the Pokemon in your roster will get the same EXP even if they didnt fight in the battle.

Input the code and you can unlock all Badges in the Region.

Heal At Any Time Even During The Elite Four

Note: This requires a second DS and copy of Pokemon Black or White.